The &quot;Grello&quot; is a proper crowd favourite in motorsports for years and ad is considered an absolute eye-catcher. Manthey-Racing used the Porsche 911 GT3 R with the legendary starting number 911 in the 24 Hour Race at the Nürburgring in 2018, at the VLN and in the Blancpain GT Series. These three vehicles are now available at ck-modelcars in scale 1:18. 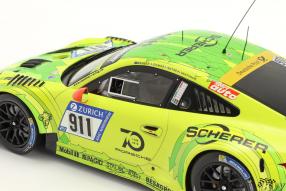 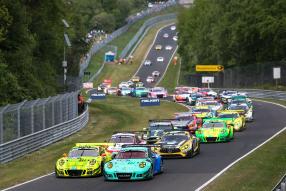 Manthey-Racing started the 46th edition of the 24 Hour Race with Kévin Estre, Romain Dumas, Earl Bamber and Laurens Vanthoor. The last pilot had achieved the pole-position in a spectacular Top-30-Qualifying. The eperienced quartet nearly led the half of the race, then, to the regret of the fans, failed after a good ten hours.

Kévin Estre, Earl Bamber and Laurens Vanthoor had piloted the Porsche 911 GT3 R at the 46th ADAC Westfalenfahrt in the VLN and achieved the victory at the season start of the year 2018. The trio was able to win the race with a lead of almost a minute, which is anything but ordinary in the highly competitive and largest class of GT3 cars.

The third "Grello" had started in the Blancpain GT Series 2018 in Monza and was driven in the royal park by Frédéric Makowiecki, Romain Dumas and Dirk Werner. The special thing about this race: Despite problems, the Manthey-crew managed to bring the dazzling 911 to the finish line.

The passionate motorsport-fan and Porsche-sympathizer recognizes the Grello from far. The replica, produced by Ixo, enriches every showcase and attracts attention through the striking colors especially in scale 1:18. 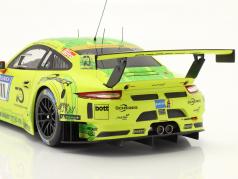 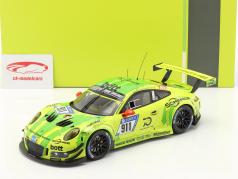 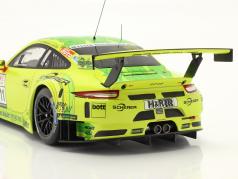 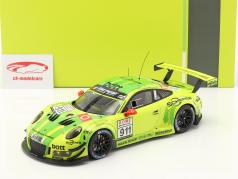 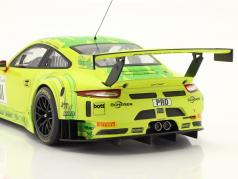 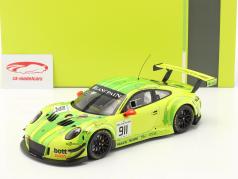