ck-modelcars.de and a jewel: The miniatures in the decoration of the Pole Position in Hockenheim in scale 1:43 and from Minichamps are only available there 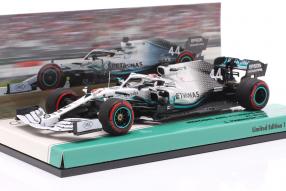 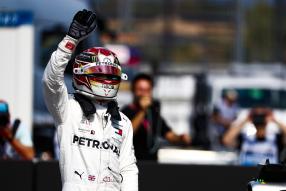 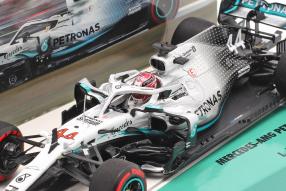 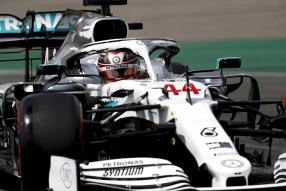 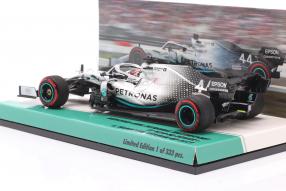 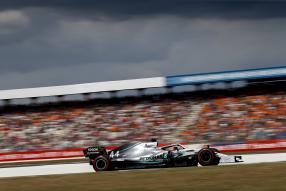 On the way to his sixth title in the Formula 1 at the home race of Mercedes-Benz 2019, Lewis Hamilton achieved the 87th pole position in his Formula 1 career: His fourth of the season and his third at the German Grand Prix. The cooperation partners Minichamps and ck-modelcars.de have come up with a particularly fine piece of model construction for these basic data from the statistics: They release modelcars to this 87th pole position, which depict the decoration of the W10 for this qualifying! The scale 1:43 miniatures are produced in a strictly limited edition of only 333 units from the high-quality polyurethane cast resin and are exclusively available at ck-modelcars.de under item number 447191144. We look back on the poles of the Germany GP 2019.

The race weekend at the Hockenheimring in Baden-Wuertemberg took place on July 28th, 2019. The scheduled run for the 70th Formula 1 season in Germany covered a distance of 64 laps of 4.574 kilometers, which corresponds to a total distance of 292.736 kilometers. The race distance was shortened by three laps due to additional lead-in laps due to the rain and the application of a new rule. For Sebastian Vettel, Qualifying1 was a disaster because of a technical problem with the turbocharger's air supply: He started the race from the very back with no time. Particularly stupid: his team-mate Leclerc was the fastest. Charles also succeeded in Q2. But because of a problem with the fuel supply, the Ferrari driver was unable to take part in Q3: Hamilton set the fastest time with a lap time of 1:11.767 minutes, ahead of Verstappen and Bottas.

Lewis Hamilton to this: "I am overjoyed after this pole. It is a very special race for all of us. The entire team is dressed for the anniversary '125 years of motorsport' and our 200th race this weekend - that's really cool. With Ola, our new Daimler board of management is also here and I hope that I can deliver my performance this weekend, when we are all supporting us on site. Ferrari had bad luck today, but that was not only true for them, but also for the sport - because until then it looked like a really exciting qualifying. I don't know how tight it would actually have been in the end, but they were quick all weekend. … The starting position is very important on this track, so I'm happy to start the race from pole. Hopefully I can stay ahead tomorrow!”That didn't quite work.

Unusual course of the race for Hamilton

A collision with the track restriction, a damaged front wing, a driving error during the unexpected entry into the pit lane for the crew, the long idle time related to it and the time penalty to be added on top of that ultimately led to the pole setter being classified in ninth place in the race. Which didn't stop him from becoming World Champion 2019. Max Verstappen won the German Grand Prix ahead of Sebastian Vettel and Daniil Kwjat. The modelcars presented here correspond to the prototype down to the smallest detail and are characterized - as you are not used to otherwise with Minichamps - with an excellent workmanship of the chassis, suspension and printing. A good opportunity to add a great exclusive model for the collection.

Here: Click to the modelcars of the topic Lewis Hamilton