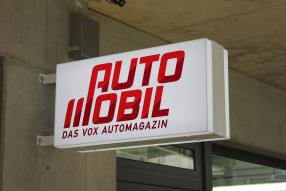 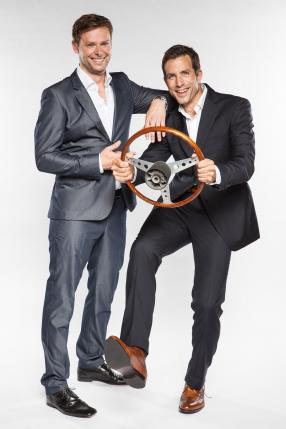 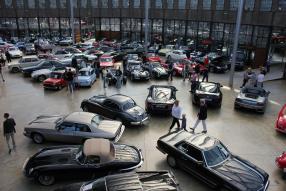 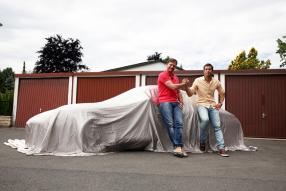 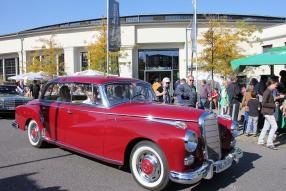 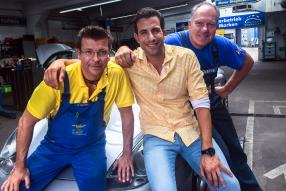 Fans of automobiles that fascinate us every day are not necessarily fans of the model car - but we know that the situation is reversed as follows: Those who are enthusiastic a car model, loves in most cases also their idols. Hence, most of you know certainly the radiated on the Cologne-based private station car magazine "Car". Only yesterday was the 999th episode and you certainly guess what this article boils down to:. At sequence No. 1000 that anniversary edition, the VOX 25 October 2015 - ie next Sunday - sends the usual time at 17:00 clock, but on extended entire 2 hours. 2 hours So, where Andreas Jancke and Alexander Bloch test the most exciting sports cars of the past 20 years, such as VOX announces it. There is also a Porsche 911 worth 60,000 euros to win - not a model, but "real". ;-)

On October 29 In 1995, "automobile" for the first time on the air, at that time under the name of "auto motor und sport tv" lifted from the baptism. Moderator Peter supporters has the format cared for 15 years - an incredible amount of time in this industry and evidence of the correctness, select it, and the success of the format. His successor Birte Karalus brought fresh air into the show in 2011, which had been 2 years ago renamed in "automotive".

Today's team is since the beginning of 2014 before the camera - Andreas Jancke and Alexander Bloch. Actor and presenter and journalist Jancke Bloch did not come at the beginning of all spectators good, like Facebook was read. But the duo has developed and gained a place in the hearts of fans. He is assisted by Chief Test Albert Königshausen and racer Lance David Arnold.

From the very beginning was editorial director and executive producer Volker Groth, who coined the format decisively. He told the press that the success of the program lies in the fact that the VOX imagery and the selection of subjects gradually alters, adapting to the personal taste of the audience and to the still offers the best mix of topics for car enthusiasts. Topics in the first edition have included Peter Stützers visit Chrashzentrum of Ford and a driving report on the then-new BMW 5 Series; the E39 series, the first 5 Series with dual headlights under a common cover glass.

If one were to view all shipments lined up would be almost 40 Days - ie over 950 hours or 57,000 minutes of airtime - need to look at. In about 8,000 produced contributed more than 2,500 new automobiles were driven; 4 vehicles ended with a total loss.

Jancke and Bloch will present the broadcast today a major part of the studio of "automobile", which was set up in the Classic Remise Dusseldorf. The Classic Remise is a former roundhouse of the Deutsche Bahn, which has been converted into a center for refinement and opened of 2006. There traders are united for classic vehicles, accessories dealer and service to match businesses under one roof.

Right in the middle: an exhibition space, without having to pay the entrance can be visited 7 days a week. There is also the cloth from the main prize of the anniversary raffle is drawn, a Porsche 911. The sports car was customized by VOX faces as the "automobile" tuning professionals and the car as well as doctors from other experts and optimized.

Whats a party of every birthday? Happy birthday!

Therfore happy Birthday and all the very best from the creators of this site. Greetings for the anniversary but also published by Andreas Jancke and Alexander Bloch VOX. We can not cite the interminable speech from colleagues Jancke here; because would you next week Read more. To summarize: The lucky Wusch deserves in his view, not only the mission, but also the spectators and staff. He himself had just 17 been, as "automobile" was broadcast: "Even without a license, but full of enthusiasm for everything with wheels and a motor ... that I 'automotive' now now right to moderate, which for me is more than just a. Job, more than a job. It is a kind of accolade, and it gives me great fun, the largest German car program ... for the best audience in the world to perform in the coming period. "

The journalist from the house of "auto motor und sport" summarizes be shorter; from him there is the complete greeting: "'automotive' combines every Sunday like no other car show emotion, information and service at an extremely exciting mix and stands since 1000 broadcasts for independent, competent and passionate car-TV here make people. Cars love, love a magazine for all the cars. 20 Jahre 'automotive' are the proof that it is possible even in today's fast-paced television landscape to establish a true infotainment institution. I wish at least 1,000 more shipments for this ingenious format -. whether gasoline or high voltage in the blood " Well, since we come full circle: we too ck-model cars love cars; both large and small.