Exclusively at ck-modelcars.de, this information you can found on model cars that are only available in our webshop: Stroll, Sirotkin, Schumacher and more 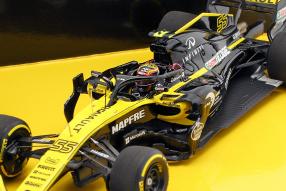 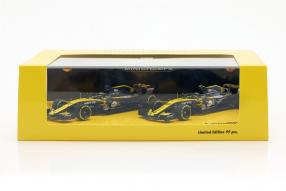 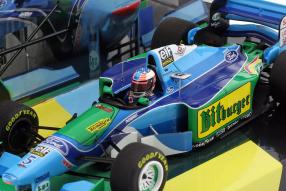 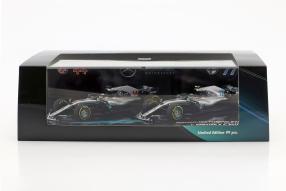 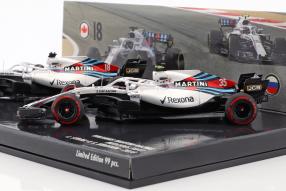 The readers who regularly visit our blog, know since a long time that ck-modelcars.de always offers model cars that are not available anywhere else. The so-called exclusive models appear to role models of different categories: This week it is really interesting for the fans of Formula 1: in collaboration with Minichamps, eye-catching sets with miniatures in scale 1:43 had been develped, based on current role models from the premier class of motorsport. Limited to 99 units, the sets to the racing cars of Williams Martini Racing, Renault Sport F1 and the world champion team Mercedes-AMG Petronas F1 are now available. They each contain two racing car models and are delivered in a double showcase. But even after a model of touring car racing, an exclusive model is new to the range.

Let's start with the model of the BMW M6 GT3 from BMW Team Schnitzer, with it the drivers Augusto Farfus, Alex Lynn, Felix Da Costa and Timo Scheider have competed in the Nürburgring 2017 24 Hours. The model car with the article number 153172643 is, as mentioned, only available exclusively at ck-modelcars.de and exists in scale 1:18. The Diecast model, built by Minichamps, has steerable front wheels. It's edition is limited to 350 pieces. After 121 laps, the race for start number 43 was over; The sister car of the long-standing traditional team achieved the fourth place in the overall standings. The model car corresponds in its lines exactly to the appearance of its real model and closes a painfully perceived gap in the showcases of the BMW fans.

Three sets and a single piece is Minichamps bringing to the F1 in best workmanship and usual details. Under the item number 447941605 the model car of the Benetton B194 from 1994 is available; the vehicle with which Michael Schumacher drove his first world title. The still very popular model comes in 1:43 format Minichamps: limited to 300 pieces. As a main material, the makers decided this time for Resine which the miniatures of the sets are made of: For the friends of Nico Hülkenberg and Carlos Sainz jr. There are 99 exclusive models of the R.S. 18 with the start number 27 and 55 (447182755), for the supporter of Lance Stroll and Sergei Sirotkin the race cars No. 18 and No. 35 (447181835). The Coronation: The set of the World Champion Team with the article number 413184477!