TopMarques and Minichamps have released new model cars in scale 1:12, which are based on prominent prototypes and make a real impression 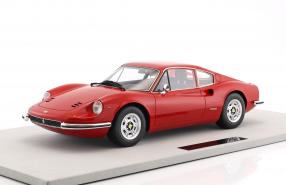 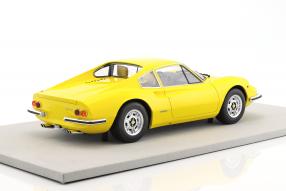 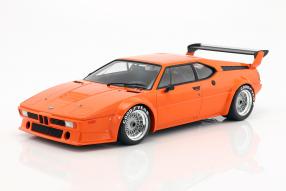 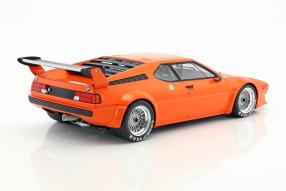 And again a week has passed and we are at Throwback Thursday; Thursday, when the internet user remembers beautiful things with the appropriate hashtag. Among the particularly beautiful cars that make the hearts of sports car fans beat faster are the Dino from Ferrari and the M1 from BMW. Both were in their own way icons of automotive engineering; the BMW also became one of the most important image bearers of its group. The small series label TopMarques has dedicated itself to Dino; the Aachen model car Minichamps, however, the M1. For the team around Paul G. and Romy Lang the topic M1 is not new, but with the model in the scale 1:12 they develop like TopMarques the ever more attractive range. The replicas in this size have an advantage: they also impress on their own.

With only six cylinders instead of 12, the Dino was not allowed to bear the name of his birthplace. Named after the nickname of Enzo Ferrari's son Alfredo, which was built by Enzo as the successor to the top management, but died at the age of only 24 years of muscular dystrophy. On the initiative of the young engineer went back the development of the world's only V6 with 65-degree fork angle with two overhead camshafts per cylinder bank back, as he was re-installed in the Dino vehicles from 1969. The 143 kW / 195 hp drive set generated its power from around 2.5 liters of displacement and put 225 Newton meters (Nm) of maximum torque on the crankshaft. In TopMarques model cars made of high-quality Resine doors and hoods usually remain closed.

However, the Dino 246 wins with a fantastic appearance. The prototype measures 4,210 millimeters in length, so it is just over 4.2 meters long. With a hefty 35 centimeters in length, the model car can be an eyecatcher in the offices or living rooms of Ferrari fans even without a collection around it. A model car in the classic 1:18 scale would be significantly smaller with 23 centimeters. TopMarques has been careful to ensure that the Dino does not carry logos of the sports car manufacturer, but only the blue lettering on a yellow background. Blue-white, however, remains the logo of the BMW M1 by Minichamps, which takes at least 37 centimeters in 1:12 in length. Even with this model, the visual impression is great: Put him in the middle of the room!

And please do not hide the miniature Diecast in a showcase. You can of course. However, she deserves to be presented prominently, because the attention to detail is of course extremely good in this format. Take a look at the rims in the BBS look, for example, or the replicas of the grids used in the front apron. The roll bar in the interior or the barren fittings look like their role models; The appearance of the original vehicles met Minichamps perfectly. But that also applies to TopMarques and the Dino. The BMW was originally designed for motor racing, but came because of a change in the rules only in the context of the make cup Procar series to glory and honor; However, this was driven by Formula 1drivers. It was powered by a six cylinder with 345 kW / 470 hp and 626 kW / 850 hp as a turbo.

Here: Click to the overview of all model cars in the scale 1:12