Three other versions to one of the most beautiful sports cars, for the collectors to secure for themselves in 1:18 scale. And also an original. 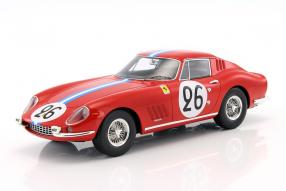 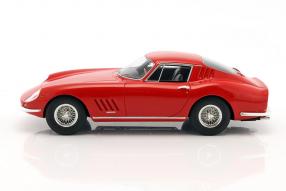 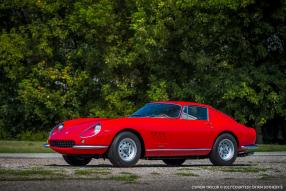 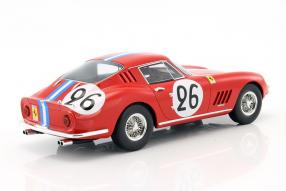 With this blog article, we will once again take up the topic "Ferrari 275 GTB", of which we presented a model car from CMR on 17 July this year: a classically painted model to a fascinating sports car that the Classic Model Replicars offers under the item number CMR033 , To our great surprise, CMR now delivered not only another classic, but also announced two more versions. Available now is a version of the model of the Ferrari 275 GTB, whose prototype with the number 26 participated at the 24 hours Le Mans 1966. However, for the drivers Giampero Biscaldi and Michel de Bourbon-Parma, the race had already ended in the 218nd round, but still taking the 21st place in the overall ranking.

The model car was limited by CMR to almost 504 copies (CMR037). The Ferrari 275 GTB equipped with a 3.3-liter V12 was in the GT 5.0 class for the team of the American Ed Hugus, who, according to his own data as a substitute driver, won the Le Mans race in 1965; But without the fact that this would be comprehensible in the official results list. However, the well-to-do car dealer brought a seventh place in the overall rating in 1958 and 1960. He sold European sports cars as well as Volkswagen and AC Cobras, sold these companies and opened a BMW representative. A dazzling personality who would have been happy about the finish and quality of CMR's model car.

Key data about the Ferrari 275 GTB

The miniatures tell the story of a fascinating sports car that left the bands in Maranello from 1964 to 1968. He was the first Ferrari to get the gearbox directly flanged to the rear axle as well as a rear single-wheel suspension. Its twelve-cylinder engine with 3.3-liter capacity delivered 206 kW / 280 hp and accelerated the sports car to 260 kilometers per hour. Switch was made by five-speed gearbox. CMR has dedicated this beautiful car to a 1:18 model, made of high-quality Resine plastic, which is exactly the same as the design of the model and is inspired by its gentle flowing lines. If you are interested in the exact description of the model, please click on the article, which can be reached via the embedded link, with which we enter the first model car to the 275 of CMR.

But if you want to know how it goes, continue the study of this article: For November 2017 the label announced a civilian road version of the model in yellow paint (CMR034) as well - and so we go back to the Le Mans of the year 1966 - a model of the 275 GTB, whose example with the drivers Pierre Noblet and Claude Dubois after 310 rounds for the team Ecurié Francorchamps 10th place. The miniature for it appears under the item number CMR 038. Fans of the Ferrari 275 may also notice that on the weekend of the Ferrari anniversary celebrations on September 09 and 10, 2017 a 275 GTB alloy with the coveted long nose of RM Sotheby's To be auctioned. The first owner was Adlai Stevenson III, US Senator in Illinois. Would that not be something, an original to the models?