A review of a very special test day in Formula One, that is what Minichamps with the model cars of Ayrton Senna and Stefan Bellof implements 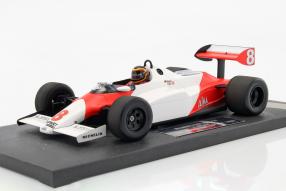 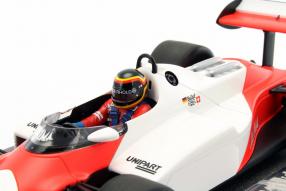 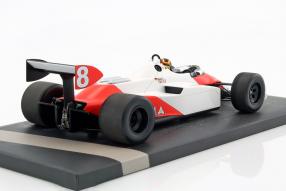 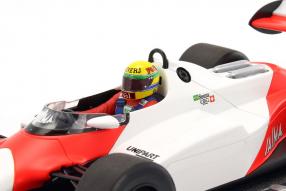 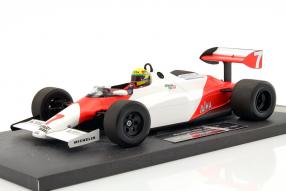 Who does not know the two names? Ayrton Senna and Stefan Bellof are two of the bigs in motorsport who left us much too early. But the merits and the spirit of the two racers is not only thought through carefully maintained websites, but also by the care of the offer of high-quality model cars. The Aachen label Minichamps is committed to two miniatures in the 1:18 format, which are based on the models of the vehicles which were presented for test driving on Senna and Bellof in Silverstone on 10 November 1983. It was the McLaren MP4 / 1C with the numbers 7 and 8 of the Marlboro McLaren International team, still powered by the famous Ford Cosworth engines with their eight cylinders: the pre-turbo era.

Georg Bellof on the test day in November

With the appearance of the two models, we look back on the 10th of November 1983, when Senna and Bellof competed on the track for testing against each other. Georg "Goa" Bellof in the blog on the site Stefan-Bellof.de: "In 1983, Stefan has every reason to be nervous, because he has his first, long-awaited test drive in the Formula 1 at McLaren before Ayrton Senna and Martin Brundle, both of which also had great, rising talents during the Silverstone trials. " Ayrton Senna was more known as Ayrton Senna da Silva. Bellof was not faster than the Brazilian, but made a very good impression. The specialist magazine Rallye Racing commented on the performance of the Giessener with the heading "Bellofs strong entry" to their report.

There was also a statement on his impression of McLaren's factory: "It's a top team, with about 90 people working there and everything is perfectly organized and clean - almost like a kitchen." His brother Georg today: "The Factory was a sight, I was completely plastered! A surgical tract was nothing. This was all sterile, no droplet of oil on the ground or any other dirt particles. Everything worked very professionally, you quickly noticed that you were a guest of a world champion team. McLaren were also the first to build a carbon monocoque. The other teams were still using aluminum-riveted monocoques. Perhaps you can remember that John Watson suffered a serious accident in Monza in 1981 due to this carbon monocoque. "

Senna fastest driver in the test

The times: Brundle and Bellof drove on hard tires 1: 14.7 and 1: 14.6 minutes respectively, Senna on soft tires 1: 13.9. The history books let us know that Bellof did not work for McLaren; Just as much as Ayrton Senna, who then for the first time for Toleman in the Formula 1 at the start. Bellof landed in the team of Ken Tyrrell and hit the Brazilian rivals in the 1984 season. The Grand Prix of Monaco, where Bellof started from the end of the field, was a memorable one in the rain but was able to advance to third place before the race was canceled. At times, Bellof drove not only faster than the leading Alain Prost, but also faster than the completely unleashed Ayrton Senna. The observers at that time assumed that Bellof could still have won the race if it had not been canceled.

Model cars of Senna and Bellof as a time witness

Ken Tyrell looked to a good future: "I do not need a turbo, I have Stefan Bellof!" - one of the quotations from the gnarled wood dealer, whose team won three drivers and three constructors' titles between 1968 and 1998, but did not have a modern turbomotor in 1984 and was disqualified with ballast due to mouse scams. What brings us again to the modellautos: Manipulated is at the outstanding made miniatures from the resin Resine resin at all nothing. In each case limited to 600 units, they set a brilliant testimony of how a McLaren was enthusiastic at the time. We are particularly pleased with the models, but also the good reproduction of the helmet design by Stefan Bellof, which was already the subject of the blog.