Spark presents the modellautos to the traditional tournament tournament of the ladies in the size 1:87 and 1:43. Laura Siegemund wins the PTGP 2017. 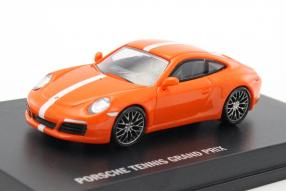 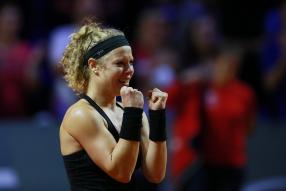 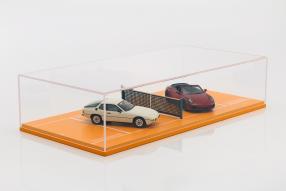 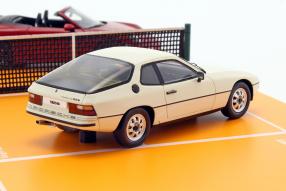 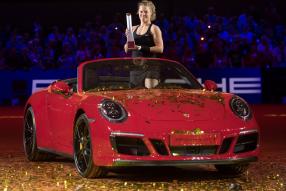 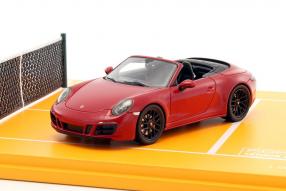 Every year anew: For the 40th time the Stuttgart-based Porsche Porsche is in the spotlight of the tennis world. Spark brings out two beautiful model cars, or more precisely a double and a car, on the occasion of this event. The team of Hugo Ripert delivers a 1:43 scale set limited to 500 units and a 1:87 model less typical for the brand. Nevertheless, the small miniature Porsche is exactly the same as its model, a 911 Carrera 4S of the 991 II series, the current all-wheel-drive. It comes in orange therefore, similar to the lines of a tennis court a white middle strip and is under the article number WAX02300006 with us to have. We would like to pay a little more attention to the two great miniatures, the Porsche 924 and the 911 Carrera GTS Cabriolet, which Spark arranges on a small center court in 1:43.

What is the Porsche Tennis Grand Prix?

The Porsche Tennis Grand Prix made its debut in Filderstadt as part of the WTA Tour in 1978, and is part of the Women's Tennis Association (WTA), the Damentennis tournament series. It covers over 50 tournaments every year on all continents. In 2006, the Porsche Tennis Grand Prix moved to Stuttgart and was staged at the Stuttgart Porsche Arena and the Hanns-Martin-Schleyer-Halle. With 710,900.00 US dollar prize money and a sports car as an addition, the PTGP ranks among the third most important category of the WTA Tour and is also one of the most traditional tournaments of the Damentour. The winner in the single will receive 107.036,00 Euro. The organizer is Dr. Ing. H.c. F. Porsche AG; Tournament Director since 2005 Markus Günthardt. The sports director is Anke Huber. Since 2009 is played on sand.

The set and its models

The Porsche 924 debuted with a water-cooled front engine from the Audi 100 at that time and, with it and with the Transaxle drive concept, took a completely new path for the Stuttgart car. Four-cylinder front and rear gearbox, we should ensure a balanced weight distribution and thus make the entry model below the Porsche 911 the right sports car. First of all the purists did not take seriously seriously, the originally 92 kW / 125 hp has meanwhile developed through the following, more powerful as well as significantly revised versions up to the Porsche 968 in the meantime recognition as fan base. With an empty weight of 1080 kilograms, the second-door with the characteristic glass dome as tailgate in the original version achieved a remarkable speed of 204 km / h for the 1970s.

For acceleration from zero to 100, the Porsche 924 needed about 9.6 seconds. As far as Spark's model car is concerned, we have to say that it is the best model of a 924 that has ever existed: line management, appearance, shape and finish both body and interior, no model car has so far managed so well. Compliment. The 911 Carrera GTS Cabriolet, on the other hand, looks different, but this does not mean that the model is falling behind the competition: the 991 II from Spark also shines with perfect lines. The Modellauto collectors do not get anything from the technology of the 331 kW / 450 hp six-cylinder boxer, because doors and hoods with the miniatures from Resine well-known remain closed.

But now back to the Porsche Tennis Grand Prix: Laura Siegemund has fulfilled her dream in a finale full of excitement and drama. The player from Porsche Team Deutschland won the 40th edition of the tournament on Sunday. In the completely sold-out Porsche Arena defeated the Frenchwoman Kristina Mladenovic 6: 1, 2: 6, 7: 6 (5). According to Angelique Kerber 2015 and 2016, a German player won the traditional tournament for the third time in a row. With this greatest success in her career, the local champion climbed to top 30 in the World Cup. "It is an incredible feeling to win here," she said. "The Porsche Tennis Grand Prix is ??the most beautiful tournament on the tour." Raquel won the double Atawo (USA) and Jelena Ostapenko (Latvia).

They beat Abigail Spears (USA) and Katarina Srebotnik (Slovenia), who were number 1, and received a Porsche mountain bike in addition to the prize money. With his "Aces für Charity" campaign, the Porsche Tennis Grand Prix also supported non-profit organizations working for the well-being of children around the world. Porsche donated 200 euros for each ace. This year, 179 Aces were beaten before the finals - and Porsche rounded up the € 35,800 already achieved to € 40,000. This sum went equally to the Agapedia Foundation and to Plan International, the charity partners of the Porsche Tennis Grand Prix