Just before the weekend we received some new releases, with which we want to start the new week. 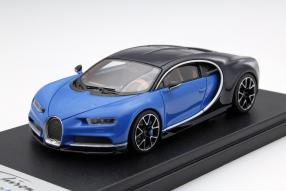 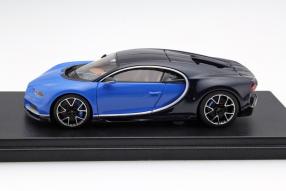 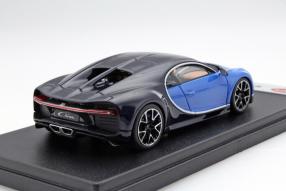 Hello, dear friends of well kept model car, Have you recovered from the shock of Marseille? After detailed report released by Norev in terms of Porsche 917, we remain in a horsepower League and introduce the model car Bugatti Chiron, as he made his debut on 29 February 2016, the 86th Geneva Motor Show. LookSmart has received the license for the production of the first model for the currently world's most powerful production sports car and delivers the produced resine plastic miniature a solid representation of what intrigued the billionaires and sheikhs in the world. It is named after the Monaco originating, 1926-1955 active racing driver Louis Chiron, one of the founders of the Grand Prix of Monaco. He drove for Alfa Romeo, Mercedes-Benz, Maserati and Talbot and died 1979.

The Chiron sat, the meanwhile apart of Volkswagen Group subsidiary, Bugatti label the racers a more than worthy monument. The car is limited to 500 copies and will cost 2.4 million euros without VAT. There is the small issue of LookSmart with 139,95 Euro but much more affordable. The model gets its power from a W16 engine, thus from 16 cylinders with a displacement of 8.0 liters: Fabled 1,103 kW / 1,500 PS brings the power plant provided with four two-stage turbochargers connected in series on the road, the maximum torque is Bugatti with 1,600 Nm (Nm). This is achieved in a speed range 2000-6000 rpm. These performance specifications of Chiron is 25 percent higher than those of its predecessor, the Bugatti Veyron.

The model car of Chiron in check

The four-wheel drive vehicle is connected via a seven-speed dual-clutch transmission, the filling requires 100 liters of fuel in the tank and travels 420 kilometers per hour peak. Acceleration: 0 to 100 kilometers per hour in less than 2.5 seconds, from 0 to 200 in only 6.5 seconds and from 0 to 300 under 13.6 seconds. A jetliner Airbus A320 reached 800 hours kilometers cruising speed. LookSmart is the supercar decelerated by: doors and hoods remain to the contours and appearance but are reproduced satisfactorily. The two-tone paint in the typical blue the brand is well made, the interior reflects the ambiance of luxury again appropriate. What we are now excited? In the upcoming models to Chiron 1:18. We wish you a good start into a football free week.