Miniatures in scale 1:43 to the nine-eleven, with which the later rally world champion competed in the Rally Bavaria 1970, are exclusively available at ck-modelcars.de 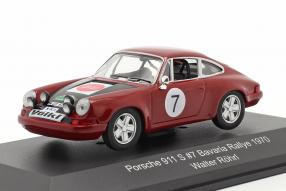 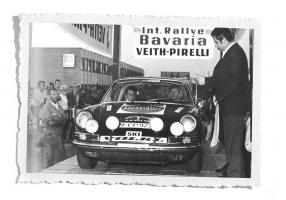 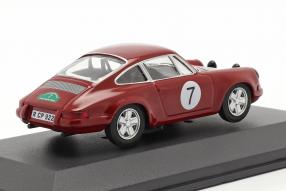 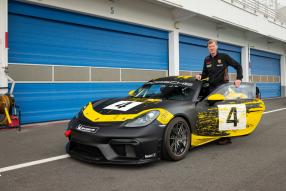 The modelcars of this Porsche 911 that are produced exclusively for ck-modelcars.de reproduce the car, with which Walter Röhrl set the foundation of his career, which he crowned with the European championship in 1974 and the two-time title win in the world championship in 1980 and 1982 in relation to rallying. The well crafted and appearance matching miniatures come in a scale of 1:43, are produced from diecast and are available under item number WRC014. So everything started with the ADAC Bavaria Rally 1970? But what is the history of the car? How did Röhrl's assignment come about? We have found the right answers to these questions for you; first published in the Porsche customer magazine Christophorus, issue No. 380 and noted by Bernd Zerelles. The reason for the article from 2017 was the 70th birthday of rally professional Röhrl.

"Without my friend and skier colleague Herbert Marecek, I would never have become a rally professional. On the way to the mountains, he once said to me: 'The way you drive a car, you have to become a race driver.'You crazy, who should pay for that?' He: 'If I organize the car and the whole thing wouldn't cost anything - would you drive then?'" Marecek went even further and invested personally. In 1970, he sold the shares of his father, for buying an old Safari-Porsche with 120,000 kilomters on the clock for 15,000 DM (old German currency). It was this car with which Röhrl and Marecek registered for the Bavaria Rally that was part of the European championship; the fifth competition of this kind, in which Röhrl was behind the wheel and Marecek followed his strategy.

Until he retired, the duo led the rally alone, as Röhrl said. But because Herbert Marecek sold him to the specialist newspapers as the best car driver in the world, the editor-in-chief of Rally Racing negotiated a contract that helped him to win the next round of the European Rally Championship. Röhrl then quit his job as a chauffeur at the Bishop of Regensburg and conveyed the good news to his mother: "I will be a rally driver!" As he has emphasized on several occasions, he regards his four victories at the Monte Carlo Rally as particularly significant personally. He achieved this on four different makes: with Fiat in 1980, with Opel in 1982, 1983 with Lancia and 1984 with Audi.

Here: Click to the modelcars of the Porsche 911 Röhrl Bavaria Rally 1970