Autoart built fascinating modelcars, which awaken the the desire for the American Way of Life already in scale 1:18 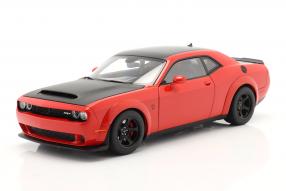 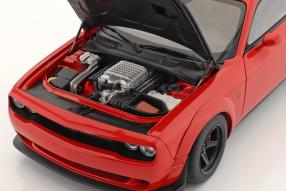 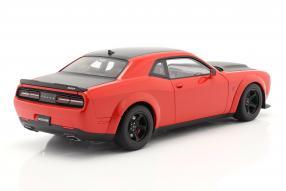 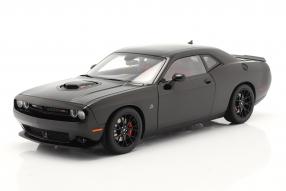 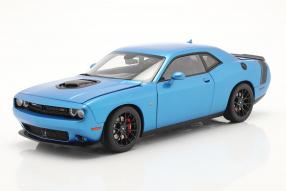 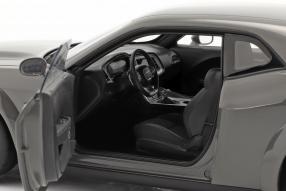 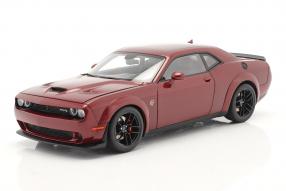 The current situation drives the longing for distance and travel into the immeasurable. This is fueled by the thought of vehicles that seem to be built for driving on endless highways of the Wild West: Like the cars of the series Dodge Challegner. The challenger, literally awakes interest in Autoart's miniatures - own spelling AUTOart - to these role models in format 1:18. The editorial team of ck-modelcars.de wants to present the current representatives of it: It is about five copies that are built from diecast and plastic parts. And this in different versions of the role models; not only in terms of colors, but also in terms of engine and equipment. One thing should be said in advance: The finish of these modelcars meets the high expectations.

Autoart belongs to the top brands among the manufacturers of high quality miniatures and thus fulfills the wishes of the fans with outstanding workmanship, absolute perfect reproduction of the line management and appearance of the role models as well as numerous details that are unique. As mentioned, this also applies to the miniatures of the Dodge Challenger in different variants that Autoart has taken on. Vehicles with this name have been on offer since 1969. The prototypes of the models presented here come from 2014, updated to the status 2018. The basic version SXT has kept the 3.6 liter V6 with 227 kW / 309 hp; The versions with the larger engines have been refreshed, the reductions of which are the real highlights from Autoart, which other manufacturers unfortunately no longer offer in this size.

Dodge's own tuning department SRT offers the SRT 392, which has a 6.4 liter Hemi-V8 with 362 kW / 492 hp. This engine is also available with the same performance in the R/T Scat Pack equipment variant. The modelcars to this are available under item number 71742 in B5 blue as well as pitch black under 71743. The collector can look forward not only to hoods that can be opened, but also to functioning doors and trunk lids. The SRT Hellcat gets 527 kW / 717 hp from its 6.2 liter displacement and applies 880 Newton meters (Nm) of maximum torque to the crankshaft. The miniatures come under item number 71739 in octane red. Depending on which fuel the Challenger SRT Demon is designed for, the V8 of the same size has an output of 603 kW / 819 hp with regular gasoline (91 ROZ) or 626 kW / 852 hp from 100 octane.

The modelcars to the Dodge Challenger SRT Demon 2018 are built by Autoart under the number 71748 in destroyer grey as well as under 71749 in a red-black design: TorRed with satin black graphig package, so the correct designation. These nuclear power plants are shifted with the support of an eight-speed automatic from the German supplier ZF Friedrichshafen. Autoart does not fail to show the differences in the engines around air filters and panels in the details of the models. Lettering can be found both there and on the outside of the body in line with the original. The dashboard, the instrument panel and the interior fittings continue on this path. You almost think you can get into these perfect modelcars and the Route 66 is open to the owners of these diecast stars. Like the purchase of three other color variants that the webshop of ck-modelcars.de still has to offer.

Here: Click to the modelcars of the Dodge Challenger