Special items for prices that invite you to close some gaps in the showcase, just now: Modelcars from diecast in scale 1:43 and 1:18 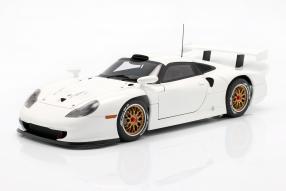 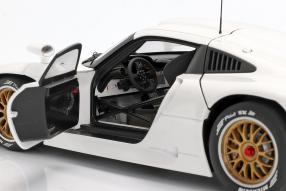 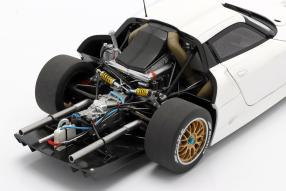 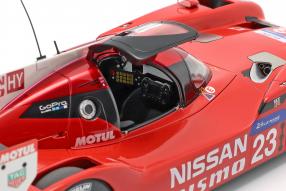 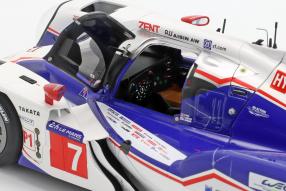 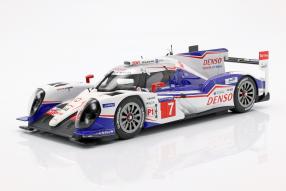 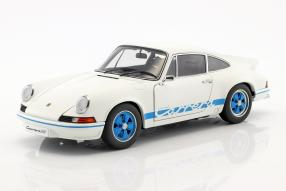 Autoart counts to the most distinguished manufacturers of miniatures world wide: Not only in terms of finish from a handcraft perspective, but also in the reproduction of the line management, the label  belongs very far forward. The models in scale 1:18 are mostly brought to the market with openable doors and hoods; the 1:43 ones do not drop qualitatively, but follow the custom of this size not to have any functional parts. Autoart - own spelling AUTOart - orientates on the model choice of luxury sports cars, brings super sports cars as well as sporty versions of brave Japanese sedans or luxury sedans into the showcases. Modelcars from tuners such as LB works / Liberty Walk or Rauh-Welt Begriff are very popular with collectors. And now there is the opportunity to get Autoart miniatures at favorable conditions.

Let's take a look at the highlights: We start with the scale 1:18 and immediately land there at Porsche. We already published an article on the modelcars of the Porsche 911 GT1 from 1997 before this weekend. The Le Mans racing car is also available as a road version: the Zuffenhausen-based company built 21 cars of the 1997 Evo 1 version, of which vehicles went to wealthy customers. The 400 kW / 544 hp six-cylinder biturbo cost 1.5 million euros at that time, today it is traded for around five million. The miniatures with the item number 89771 have a true-to-original interior, steerable front wheels and removable front and rear panels, which allows an excellent view of the model technology. As always, Autoart met the look of the lines perfectly.

Incidentally, racing driver Daniel Abt gave an impressive insight into how to deal with this super sports car as part of the German car magazine Grip: Have fun watching the video embedded above (German with English subtitles). But let's get back to the modelcars: The Aston Martin V8 Vantage is one of the classics from British automotive engineering. In green (70224) and red (70222) colors, the models from Autoart offer doors that can be opened all around, an interior that is meticulously modeled on the luxurious interior, and a detailed replica of the eight-cylinder. By the way, we have particularly praised Autoart's engines in several articles: They actually make up the strength of the models with their cables, reservoirs and coolers, which are hard to find anywhere else in this finish, and justify the slightly higher price of Autoart.

But today we don't have to report a high price, but significant benefits to Autoart. Thus at the Bugatti Veyron 16.4 from 2009, which looks particularly noble in the two color livery dark red / chrome and offers a front hood as well as doors to be opened (70957): To have for more than the half of the original price. That counts also for the rare Centenaire Edition (70958). Autoart also offers openable doors with the Toyota TS040. This feature at these vehicles is almost unique in model making. The role model of the model with the starting number 7 had to retire on the Sunday morning in the lead of the 24 Hours of Le Mans in 2014: Bad luck for Alexander Wurz, Stephane Sarrazin and Kazuki Nakajima. The modelcars with the item number 81415, however, are real winner types; as well as the sister car (81416) with starting number 8.

Anthony Davidson, Sebastien Buemi and Nicolas Lapierre sat in its cockpit. Toyota became team champion of the WEC 2014, which is also a reason to secure these models. The miniatures of the Nissan GT-R LM Nismo of the 24 Hours of Le Mans 2015 have been reduced to almost a quarter of their price and have interior access doors that open upwards. Other highlights from the special item are Porsche 959 from 1986, Lamborghini Huracan LP 610-4 from 2014, Lancia Delta S4 from 1985 and a dreamlike Porsche 911 Carrera RS 2.7 from 1973 with all-round opening doors and hoods (78052). The overall overview of the inexpensive top models also includes numerous models in scale 1:43 such as Lamborghini Aventador 2011 and Huracan 2014, Sesto Elemento from 2010, Aventador J Roadster 2012 or the Pagani Huayra 2011 and McLaren P1 2013.

Enjoy: Click here to the general overview of the Autoart-Sale