We look back on the last weekend and present the new modelcars from CMR in scale 1:18 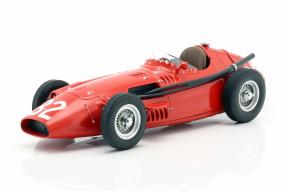 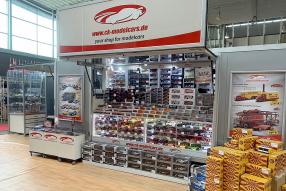 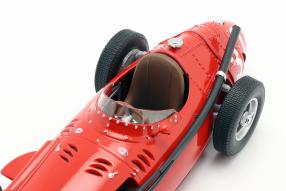 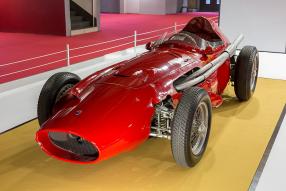 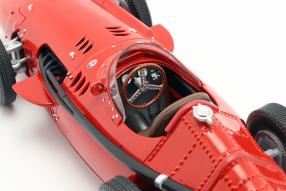 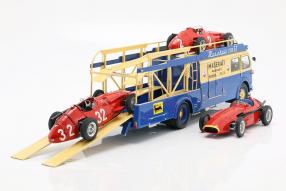 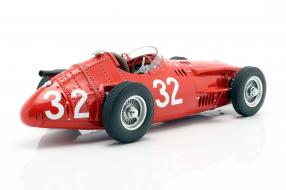 Let's go back to the time before the Retro Classics where we parked our CK sales trailer in hall 4 and we would like to thank you for visiting us. Before the fair in Stuttgart and together with the matching racing transporter, CMR delivered four modelcars in scale 1:18 to the Maserati 250F, with which the Italians under Juan Manuel Fangio won the world cup in the Formula 1 in 1957. They appear from diecast and twice for Fangio as well as once for the drivers Masten Gregory and Jean Behra under the item number CMR180, CMR 181 and CMR182 as well as CMR183. The models are characterized by a high level of detail and harmonious impression and invite you because of the low price to put them next to the racing transporter into the showcase.

But before we come to the miniatures, just a few words to the Retro Classics 2020: Of course, the fair was "at least a bit determined by the concern about the Corona virus", said Karl Ulrich Herrmann, managing partner of the Retro Messen GmbH, at the end of the fair on Sunday evening: "Thanks to constant and sensitive cooperation with the responsible authorities, we were able to adequately take the current health situation into account and were therefore able to open and run the fair as planned.” But in the end, some classic fans did not dare to go to the Stuttgart exhibition center, because the bottom line was that the Retro Classics counted around a third fewer visitors than last year. "In view of the public discussion in the media", this slump should nevertheless be seen as "manageable," said Herrmann.

But the fair management found that the structure of the audience was of the usual high quality. This is confirmed by a computer-assisted, representative survey among the trade fair participants: Almost two thirds of the respondents (63 percent) own at least one classic car, 33 percent had already bought or ordered something at the time of the survey - five percent invested more than 100,000 euros. More than a third were trade visitors among the guests who stayed on the site for an average of five and a half hours. Eleven percent came from abroad: Switzerland (25 percent) came first among the 42 countries of origin, followed by France (21 percent) and Austria (14 percent). Around 1,000 journalists from 29 countries were welcomed in the press center. The young topics of the fair, such as the ROFGO Gulf Heritage Collection.

But also interesting are the modelcars of the Maserati 250F from CMR of the Automobile-World-Championship, as the Formula 1 was called back in the days. The Automobile-World-Championship 1957 was the 8th season of the top class of motorsports. Eight races had taken place in the time from January 13th, to September 8th, 1957. Developed by Vittorio Bellentani and Gioacchino Colombo for customer sport, the Maserati 250F, which is quickly considered to be durable, came with a six-cylinder engine; the body was contributed by the Carrozzeria Fantuzzi. A new space frame and a modified exhaust system management made the 1957 version a winning car that the models from CMR meet in terms of finish and quality.

Here: Click to the modelcars of the Maserati 250F