The label from Fürth has presented as part of the resine-model series Pro.R18 two modelcars in scale 1:18, which remind to the early days of Porsche 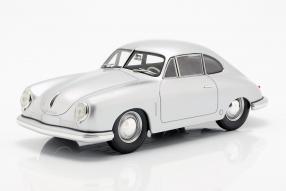 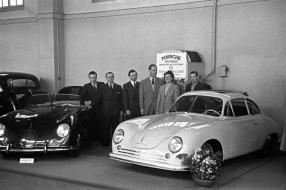 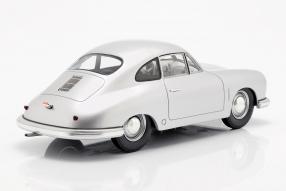 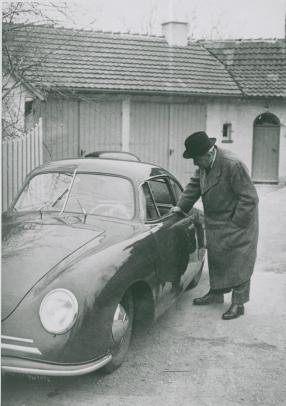 Today's blog article takes us back to the birthplace of Porsche sports cars: in November 1944, the designer Ferdinand Porsche had to relocate his office from Stuttgart to Gmünd in Kärnten (Carinthia), following the orders of the government agencies of the Nazi regime. Carinthia was less at risk of collapsing in the bombing than the previous location. Until 1950, the Porsche factory in Gmünd was the location of Porsche-Konstruktionen-Ges.m.b.H., which created the famous Porsche there with the Porsche 356 No. 1 Roadster, which was registered in 1948: The birth of the brand, the basis for the celebrations under the hashtag #70yearsPorsche in 2018. Ferdinand's son Ferry Porsche not only produced the first drawings for the No. 1 in Gmünd, but also developed the production version of the Porsche 356 in this factory.

And exactly this early series, today's called Porsche 356 Gmünd coupe vehicle, the modelcar-lable Schuco is dedicated to this. The series Pro.R18, made of the high-quality resin cast, features two miniatures of the Gmünd coupe with an edition of 500 copies each. Under the item number 450025300 is the two-door in silver livery to have under the 450025200 in black color. The miniatures meet the highest standards in terms of finish and workmanship: As if Schuco had bowed to Porsche's early work, the details were carried out so thoroughly. This starts with the screws under the chrome headlamp bezel, which, like many other parts, came from the Volkswagen original. The entire design looked very similar to a VW Beetle: It was just a bit flatter.

Porsche Gmünd employed at that time about 300 workers. By 1950, 44 coupes and eight convertibles had been built there. The prohibition of aircraft construction since 1945 was due to the use of aluminum, which was used for the bodies. Only the bumpers were made of steel. Porsche tested the vehicles on the mountain route on the Katschberg-north-side as well as on the adjoining Turracher Höhe. Schuco has run the divided windshield just as correctly on the modelcars as the Porsche crest was omitted. That did not exist back then. The first copies started with a four-cylinder boxer engine, whose performance range began with 29 kW / 40 hp from about 1.1 liters of displacement and was expanded to 1953 1.6 liters with 51 kW / 70 hp. Performance data, which far surpasses any VW Polo today. Which does not diminish the attractiveness of the models!