With the Citroën Xsara Sport 2000 and the Honda Integra DC2 Spoon 1998, two interesting modelcars are comming in scale 1:18 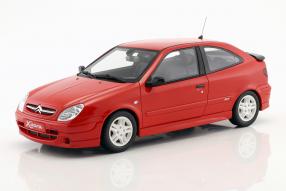 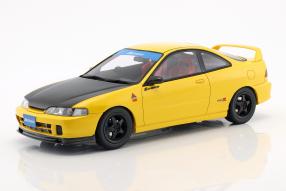 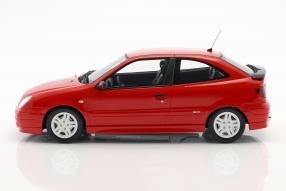 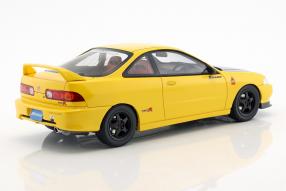 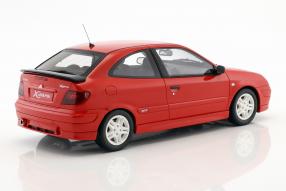 With today's blog article, we want to make a trip with you back to the years 1998 and 2000. Because from these years are the modelcars Honda Integra DC2 Spoon and the Citroën Xsara Sport Phase I, which Ottomobile or Ottomodels delivered last week. The miniatures are then on the street as well as in the future in the collector's showcase real niche models, which turn to friends of sporty family cars. And as such, the Citroën Xsara has always been recognized, because the innocent, produced from 1997 to 2006 model series of the compact class, scored with a restrained design and high functionality: Built as a four-door sedan, three-door coupe and estate break. But with all the discretion in the look of the Citroën Xsara knew to inspire with his agility.

Citroën represented the concept at that time that the sporty driving characterisitcs are due to the self-steering rear axle, which was borrowed from the Peugeot 306 S16. In order to do justice to this driving behavior also from the engine performance ago received the 2000 published sport version - reminiscent of the rally successes of Citroën driver Sébastien Loeb - the famous four-cylinder inline engine with 16 cylinders and a capacity of about 2.0 liters. This drive set with its 122 kW / 167 hp brought the Citroën Xsara to over 220 kilometers per hour. Ottomodels pays a memorial to this wolf in sheep's clothing with the modelcars limited to 999 units made out of high-quality resin, which comes with the item number OT305 in scale 1:18 and red paint to the collector: In first-class finish!

The way in which Otto makes the impression and transfers the lines of the small Citroën exactly to the modelcar delights us as much as the engravings with which the miniature is blessed: radiator grille, the beads and edges of the body, the replica of the glazing and their fit in the body environment are really very well done. The details of the interior are in no way inferior to the quality. So the comparatively unadventurous limousine is a real highlight! Qualitatively on the same level, but slightly more sporty to present on the 1,500 pieces limited modelcars of the Honda Integra DC2 Spoon in sunlight yellow (OT792): Ottomodels presented with the sports coupe based on the Civic a true vision in the scale 1:18, because the founder of the tuning company Spoon Sports wanted to make his idea a reality.

He had his own idea of what Honda sports cars should look like. Thus, the pretty innocent coupe of the DC2 series became a monster after Tatsuru Ichishima got the Integra in their hands. The charismatic founder of Spoon Sports and test driver of the Japanese brand has been involved in competitions since 1998. He optimized the vehicles, modified and increased them in performance. In Europe, the tuner was affected by the presence of its cars in video games such as Gran Turismo known. So in every sense of the word, eating for small series manufacturers such as Ottomodels, because the molds for modelcars made of resin are characterized by making lower demands on their construction and the production of miniatures like these can only be economically represented.