09.09.2015Spark Models and the product offensive of the next half-year

Spark Germany presented an impressive range of new model cars, partly beautiful models such as the BMW 635 CSi for the period until spring 2016th 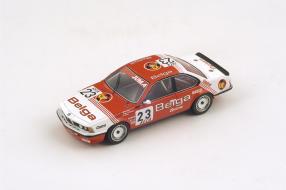 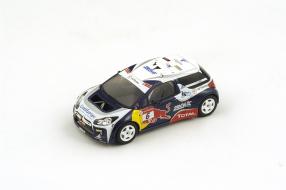 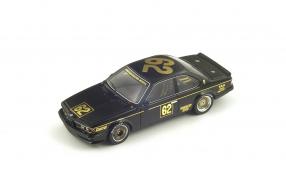 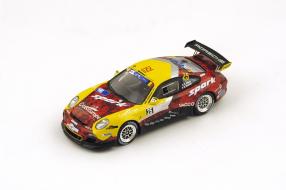 Who knows the team led by Hugo Ripert know that never make in the workshops of Spark creativity, diligence and quality awareness break. In the production halls, it comes to an industrious, as on the race track in the midst of a Formula 1 starting grid. So it is not surprising that the master for the coming months some have made in lightning fast imagining entire subscriber fields, which makes the hearts of fans of high-quality car models later. We take a look at the pre-order list and pick out the most interesting new developments that manufactures Spark as usual resine plastic; mostly held in 1:43 scale and every little detail prototypically imitating. Spark builds new forms for every vintage, so that the fans really always get top current car models.

Under the heading National Themes Spark brings a highly interesting from our perspective model. The number 62 won in 1985 Australian Touring Car Championship: A BMW 635 CSi with Jim Richards at the helm. The model car is 1:43 scale, is limited to 500 units and will cost under article number AS017 59,95 Euro; 2015. Price also still subject, as the delivery date specified November The same basic pattern started in 1985 and in Belgium at the 24 hour race in Spa-Francorchamps; driven by Manfred Winkelhock, Hervé Regout and Jo Gartner and painted in the beautiful, red and white color scheme of Sponsor Belga.

Red and white, the colors of Marlboro. The look of rich tradition tobacco brand comes in November of 635 CSi, with Hans-Joachim Stuck in Macau Guia Race 1984 3rd place went (SA054). In almost the same painting one year later Gerhard Berger took the 2nd place (SA055). Also expected in 1:43 scale and limited to 500 copies, but in October under article number SB066.

Porsche from the Ypres Rally, from spa and Twizy

The fact that the modelers of Spark can be fast, we have long known. From 25 to 27 June 2015, the Ypres Rally 2015 was held in the Belgian town of Ypres (Ypres). Spark comes with the Porsche 911 GT3 R has the first participant of this competition to the collectors. The car's driver pairing Dumas / Giraudet is carried out in 1:43 scale, is limited to 500 copies and will cost under article number SB104 also 59.95 euros. Base is a Porsche 997th

Sébastien Loeb and his DS 3 of the Trophée Andros 2015

Another, quite fast-presented after the race for the prototype car model is the Citroen DS 3 with the starting number 6, which in 2015 was launched in the Trophée Andros. This series will take place on slopes of ice and is intended for prototypes that feature all-wheel drive and a lot of horsepower. The DS 3 of Sébastien Loeb than 1: 43er model comes in November 2015 for 59.95 euros (SF085) and is limited to 750 units.

Finally, a winning car: The winner of the 24 Hours of Dubai in 2015 was controlled by the drivers Al-Faisal / main / Buurman / Webb on's podium: Spark brings the Mercedes-Benz SLS AMG in an edition of 300 units under the number SA83 in the 1:43 scale, demands expected for 59.95 euros and hands him over in October.