Is it the passion for the 24 Hours of Le Mans? Was it the admiration that Sandro Garbo feels for the racing driver and actor Steve McQueen? Or is it the love to the Porsche 917, with which the incomparable winning streak of the sports car manufacturer from Stuttgart began with the traditional race at the Sarthe? At least one night in 2013, the author of the comic books “And Steve McQueen created Le Mans“ had a dream: “Sandro, if you don’t do a graphic novel about the film ‚Le Mans‘, nobody will ever do it! Your are the only one able to take on this challenge as I did 40 years ago. You will surely be considered for a crackhead, an idealistic dreamer, a kind of madman! You just have to promise me to create the most beautiful cartoon about automobile racing!“

That is how the story began, which can be read in detail under lemanscomics.com and which led to Sandro Garbo creating two illustrated books that tell the story of the movie “Le Mans“ / “Ford v Ferrari“ in its very own way. The two comics have the number 20 and 21, relate in their presentation to the colors of sponsor Gulf and offer the reader 64 pages each; published by the Bodensee Verlag (Bodensee publishing company) in three languages. The German version is available exclusively at ck-modelcars.de; we also offer the English version. Those who are enthusiastic about the colorful illustrations will also have fun with the high-quality model cars to the Porsche 917, which are available with almost all starting numbers in the scales 1:43 and 1:18 and made of die cast from CMR and other manufacturers. 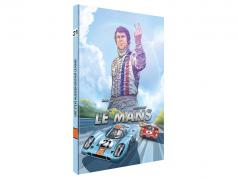 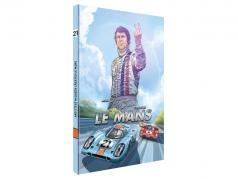 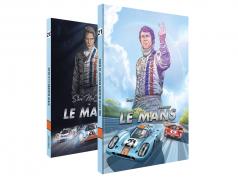 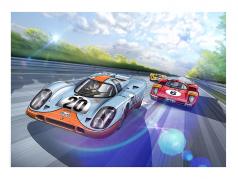 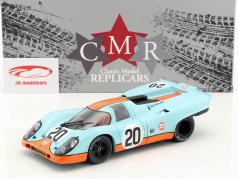 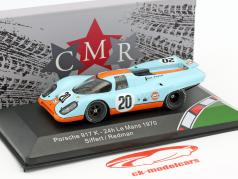 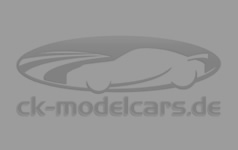 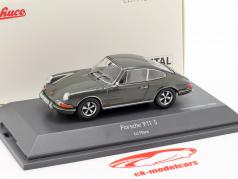 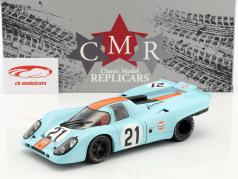 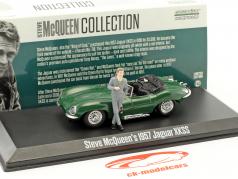 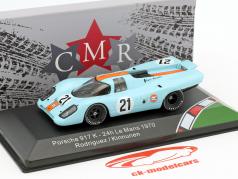 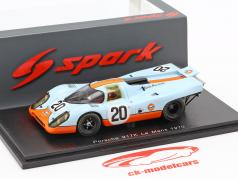 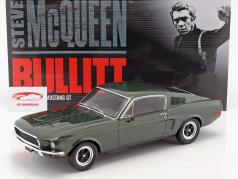 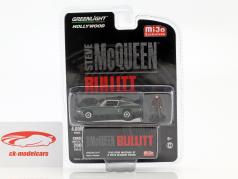