WEC world champion Timo Bernhard&#039;s Team 75 Motorsport and ck-modelcars will start their cooperation as part of the ADAC GT-Masters 2018. 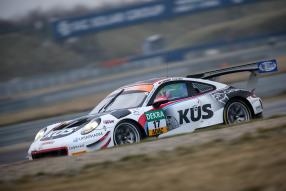 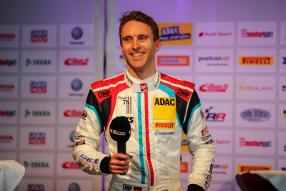 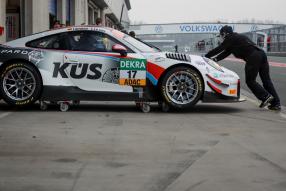 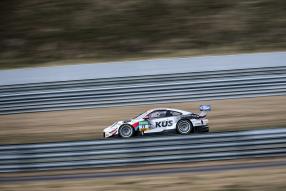 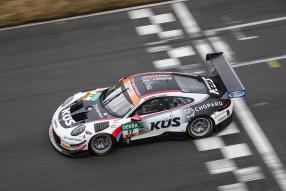 If two names are really inseparable, then those are Porsche and Timo Bernhard: twice - in 2015 and 2017 - Bernhard won the FIA World Endurance Championship with Porsche in the LMP1 class. The solidarity between the two partners is also reflected in the dedication of Team 75 Motorsport, whose owner is the racing driver born in Homburg on 24 February 1981 and personally takes the wheel this year. Bernhard shares the cockpit of a Porsche 911 GT3 R with Porsche works driver colleague Kevin Estre, who retired from the LMP1 class after 19 wins at the 24 Hours of Le Mans with Porsche. That provided the necessary time space for the commitment of Timo Bernhard in his own team. And what's new? The cooperation with ck-modelcars.

In short portrait: The Team75 Bernhard

The Team75 Bernhard emerged from the rally team75, which celebrated its debut in 2010 in the rally of Germany and in 2013 changed to the Porsche Carrera Cup. The 75 in the team name is reminiscent of the year when Timo Bernhard's father started his career in motorsport. Rüdiger Bernhard, with his experiences from hill climbs, rallies and slaloms, as team boss, guarantees the development of the track record of his son's team, which he was a part of from the beginning On his way to professional racing, Timo joined the Porsche Junior Team in 1999 and has not only won the big endurance races in Le Mans, Daytona and Sebring, but has also claimed the overall victory of the 24 Hours five times at Nurburgring.

In 2018, the participation of Team75 Motorsport in the ADAC GT Masters determines the schedule of the team around team manager Klaus Graf. It starts for the team named KÜS Team75 Bernhard on April 13th to 15th in Oschersleben. There are 14 races on seven racetracks in total. Timo Bernhard and Kevin Estre start in the Porsche 911 GT3 R with start number 17. Klaus Bachler and Adrien de Leener start in the 911 GT3 R with the 18. The season leads on the slopes of the autodrome for the most (the Red Bull Ring, the Nürburgring, then after Zandvoort, the Sachsenring and the season finale at the Hockenheimring on 23 September. And ck-modelcars is there: Timo Bernhard and Christoph Krombach got to know each other in Spa-Francorchamps in 2017 and found in the Stefan Bellof project a topic that has thrilled both motorsport enthusiasts alike.

Thus, it came to agree on a cooperation for the year 2018. Ck-modelcars will be represented as part of the ADAC GT Masters, the league of super sports cars, as a sponsor on the front fenders of the two 911s. Fans of Time and Team 75 Motorsport / KÜS Team75 Bernhard will be able to receive a number of model cars in a special team edition at the end of the year. In addition, ck-modelcars reports on the GT-Masters season 2018 as part of the ck-modelcars blog and via social media - in other words Twitter, Facebook and Instagram. "We are very excited to be working with Timo Bernhard the upcoming season with the team and wish maximum success!” says Christoph Krombach.

Klaus Graf: Happy about the partnership

After the weekend in Oschersleben, there are pictures to start the cooperation. Also the team manager sends us a greeting, which we gladly forward to our fans. Klaus Graf: "KÜS Team75 Bernhard is pleased about the new partnership with Ck-modelcars Model cars in different scales are very popular with fans and sponsors in motorsport. Ck-modelcars excellently serves this market with a very broad selection and we are certain that through this partnership we will have the opportunity in the future to implement several projects together. We were not only convinced from the professionalism of the team of Ck-modelcars, but also the great passion for motorsport is an important building block in our partnership. "