Nelson Piquet sat behind the wheel of the sports car, for which the label now presents an impressive model car with modelissimo and ck-modelcars 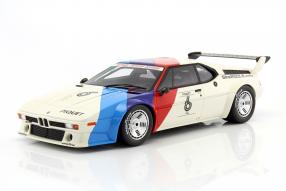 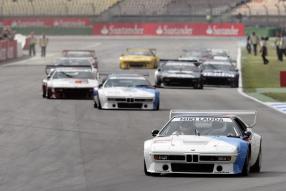 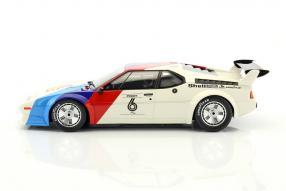 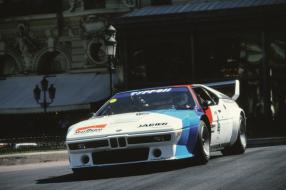 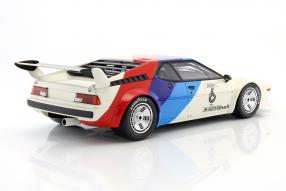 Exclusively for ck-modelcars and modelissimo ... You already know the set, which we always bring, if there is only a modellauto buy with these two resourceful dealers. In the model selection for the newest creation, the two dealers have done a special luck in cooperation with Classic Model Replicars - CMR for short - the BMW M1 is already very popular with Minichamps in the execution of the so-called Procar series. In the catalog Edition 1/2017 the Aacheners have announced a whole starter field of models for this model. The question is justified, why CMR decides in favor of this competition to its own M1. The answer is simple and demonstrates how clever CMR, modelissimo and ck-modelcars have gone: you have decided to bring your BMW M1 Procar on a large scale 1:12 - a real bang!

The BMW M1 is regarded as the first German supersport car, and in 1978 it drew on the design of the 1972 BMW Turbo study, for which BMW chief designer Paul Braq was responsible. Giorgio Giugiaro further developed the concept car lines and delivered a masterpiece with the BMW M1, for which BMW Motorsport GmbH was founded. Until the introduction of the Porsche 911/930 Turbo in 1983, the M1 was the fastest sports car made in Germany. But he was meant for the motorsports, in which he could never actually compete, because changes in the regulations practically pulled him off the road under the tires. So BMW brought him closer to the international audience within frame races to the Formula 1 and created the Procar series, which inspired the fans in the years 1979 and 1980.

In this series, the five fastest Formula One drivers from the training courses with BMW M1 factory vehicles competed against selected private drivers of this vehicle type. So it was that stars like Niki Lauda or Nelson Piquet moved the M1. Lauda won three races in the Procar series in 1979 and ended the year as their champion. The vehicles were constructed in accordance with Group 4 regulations and yielded 345 kW / 470 hp from their six cylinders with a total capacity of 3.5 liters and four valves per cylinder; the standard version for road traffic delivered 204 kW / 277 hp. In the year 2016 there was a reunion with these fascinating racing cars, because the BMW Group Classic assembled 14 of the M1 for the Legends Parade on the Red Bullring in Spielberg / Austria.

Many stars at the comeback in Spielberg

The Austrian Lauda met numerous rivals of his time in his historic home game in the BMW M1. Hans-Joachim Stuck (DE), the overall success of the 1979 season and third placed in 1980, returned to the cockpit of one of his success cars. Jochen Mass (DE), Christian Danner (DE) and Marc Surer (CH) also managed exactly those specimens of the BMW M1 in which they once traveled in the Procar series. The Austrians Dieter Quester and Sepp Manhalter as well as the Swiss Markus Hotz also revived their memories of exciting position battles at Procar races. In addition, three other former Formula 1 pilots took part in the Legends Parade with Gerhard Stangers (AT), Jos Verstappen (NL) and Jan Lammers (NL). Berger and Manhalter, by the way, in their own M1.

With the Legends Parade 2016, for the third time in the Austrian Formula One race, special chapters of motorsport history were recalled. In the year before, the BMW Group took part in a historic Formula 1 racing car meeting, bringing Nelson Piquet back to the Brabham BMW BT52, which won the Formula 1 World Championship in 1983. The new model of CMR now reminds of its use in the Procar BMW M1, as Piquet won three races in 1980 and won the overall victory in the series. With a length of around 36 centimeters, the M1 in the format is perfect, perfectly matched to the similarly large Porsche 911 Turbo 1976, with which Minichamps rolls the market straight in 1:12. Fits exactly; well done, CMR!

Here: This link takes you to the CMR-M1 in the shop