The Porsche 911 Turbo 930 series was the first of its kind. Minichamps has devoted a model to the Stuttgarter, which is facinating in a large scale. 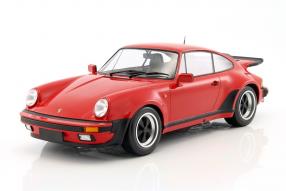 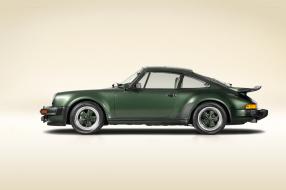 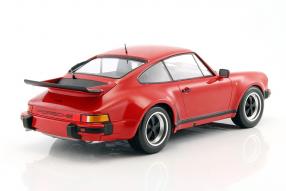 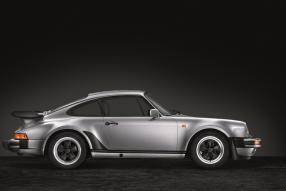 The history of the sports car manufacturer Porsche is closely linked to the terms 911 and Turbo. For the first time they were found in the series 930, in no other way than the first Porsche 911 3.0 turbo, which was presented 1974. Modellautos to this model is really nothing new, but in the now presented size nevertheless a real premiere: To the stand in 1977, the label Minichamps namely a 911 Turbo in the 1:12 format, a large scale, which is gaining in importance. Stately 35.5 centimeters measures the nine-ounce of this size, is 15.5 centimeters wide and its 10.5 tall. The model car is made of diecast, ie die-cast zinc and weighs two kilograms. A miniature that makes an impression on the desk or the living room, even outside a collection.

The model, whose appearance the model perfectly meets, brought out of its drive set 191 kW / 260 HP on the road. The top speed of this first turbos was limited to 250 kilometers per hour; 5.5 seconds required the four-speed gearbox switched nine hundred kilometers per kilometer. The modellautos appear in the traditional Porsche colors lime green, Indian red, Gulf blue, petrol blue and silver, the Minichamps under the item numbers 126066102, 125066100, 125066105, 125066104 and 125066101 offers. Although a diecast model, Porsche and Minichamps have decided to launch the miniatures without opening doors and hoods on the market. After all, the front wheels of the model are steerable. What impresses, however, is the finish, because the reproduction of the details is of course in this format very first cream.

The details are what inspire

The fact that the look is right and is in line with the look of the model, we found at the beginning. However, a model of this size also wins because many components have a more life-like effect than in smaller formats. For example the rubber cushions, which are installed between body, bonnet and bumpers or even the characteristic rubber bellows on it. The replicas of the Fuchs rims inspire as well as the exterior mirror housing, windscreen wipers and the reproduction of the formally correct rear spoiler. Why do not the instruments actually work? They are big and detailed enough. The interior is indeed barely decorated, but in appearance the model. Correct also the stone impact protection at the rear fender.

As mentioned, the bonnet remains closed. Nevertheless, we would like to recall the performance data of the legendary Porsche first Porsche: the engine was built on the drive of the Porsche Carrera RS 3.0 and was fitted with a KKK turbocharger in the exhaust stroke. With the help of the supercharging pressure of a maximum of 0.8 bar overpressure and a motor speed of 5.500 / min, the sports car named 930 featured 191 kW / 260 hp. Too much for the previously used chassis, which had to be adapted to the turbo. From this, we see the most important components correctly reproduced, but we are fascinated with this model of its overall appearance, which has the same effect on us as it is from the model and its sales description from eh and je goes out and how it still our heartbeat Accelerates: Porsche 911 Turbo, a milestone in sports car construction!