This was Motorsport at its very best: Porsche led, lost the lead and the leading 919, but then the starting number 2 made a miracle! 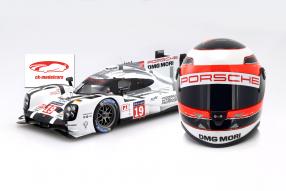 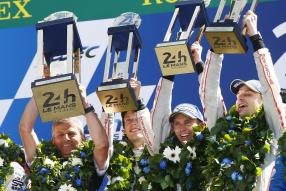 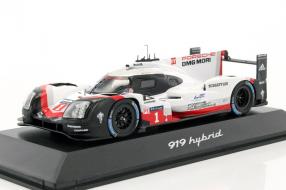 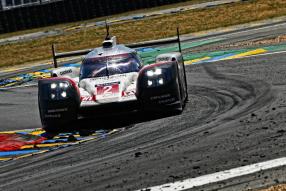 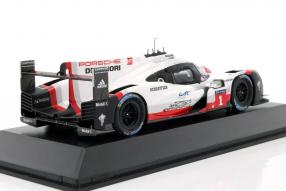 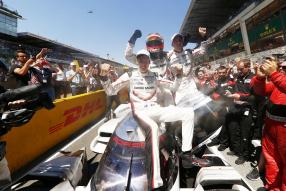 Ending good, everything good - no thriller could have been more exciting than the final of the 85th edition of the #LeMans24: Porsche has won the 19th overall victory at the Sarthe and we say Congratulations! The team of the drivers Earl Bamber and Brendon Hartley from New Zealand as well as Timo Bernhard from Germany came in first place with the Porsche 919 Hybrid of the number 2 after a dramatic race. No other brand has so many successes in the toughest long-distance race in the world and is so closely linked to the myth of Le Mans as Porsche. But in the morning, it did not look like a happy end, because the later winner car had to carry out a repair on the front wheel drive on the early Saturday evening.

Long face also with us

What a long face we made, when the Porsche 919 Hybrid from Neel Jani, André Lotterer and Nick Tandy, who had been driving for ten hours, rolled out at the edge of the race around four hours before the end of this year's 85th edition of the 24-hour Le Mans race , The Swiss, German, and British cars had an oil pressure problem and could not get to the pits to be repaired. How sad did Andre Lotterer's eyes look as the car collapsed? A nightmare, also for us on the domestic television. A repair? There was plenty of time at the time, because he led 13 rounds at the time of the failure. But with purely electric drive to the box? The energy was not enough. Perhaps an approach for next year?

But the long-distance climber took such dramatic twists that an almost superhuman chase from 56th place and a lapse of 18 laps was rewarded with the overall victory; The 19th and the third one after the other: If you win the toughest race in the world three times in a row, you can keep the Wanderpokal. After 2015, Earl Bamber scored his second overall victory with the Porsche 919 Hybrid; Timo Bernhard won for the second time at the Sarthe. Since he was loaned to Audi in 2010, he dreamed of being able to repeat this success with Porsche. The unfortunate Brendon Hartley was to date the only one of the Porsche LMP factory drivers whose name had not yet been engraved in the trophy. Til today!

The final phase for start number 2

When the leading Porsche 919 with Andre Lotterer rolled out after a ten-hour lead at 11:00 am on Sunday, Eurosport was ranked fourth, but Hartley improved continuously on a multiple stage. After 312 laps he puts in his last tank stop; After 325 rounds he hands over the car to position four to Bernhard. Many of you know Timo Bernhard as a big fan of the racing driver Stefan Bellof, who failed exactly 34 years before for Porsche in Le Mans with engine damage. With his helmet design 2015 in Bern, Bernhard set a special sign of his admiration for Stefan Bellof, to whom a collection was now debuting; Accessible via the link below.

The change to the top

At 12:50, the 919 hybrid drives back with the leader in the same race - it is the 330th. After all LMP1 hybrid factory cars have either lapsed or after a long repair, an LMP2. After 338 rounds Bernhard comes to the tank stop and in the 347th round he conquered the lead - see the video above in the article. A fuel stop after 351 laps is his penultimate, after the final 'Splash & Dash' at the end of the 360th round, Bernhard finishes the race with a total of 367 runs with the starting number 2 Porsche as the winner. We trembled to the last: That was motorsport of the very best! What a Sunday, what a race, what a LeMans24! Congratulations to Porsche and to Timo Bernhard!

Attentive fans know that on the occasion of the current 24 hour race, we have launched a Le Mans Special, which offers numerous, thematically matching models. For example, the winner car from Nico Hülkenberg, Earl Bamber and Nick Tandy from 2015, which we have assembled with a suitable helmet in 1:18 or 1: 2 in the set for you. Or the promo model of the 919 2017 from Spark in 1:43. In addition to the significant price advantage of the combination, you can celebrate this year's race result of Le Mans with the numerous other offers that you can see in the overview accessible via this link. But before we wish you a lot of fun, we want to be very serious again. Regardless of what your life presents you with challenges - that 'never give up', Porsche has impressed us impressively today. Live, never give up!