With the Toyota TS040 Hybrid in the 1:18 scale, the label, founded in 1998, is a perfect fit for the upcoming race. In addition: anticipation at Toyota. 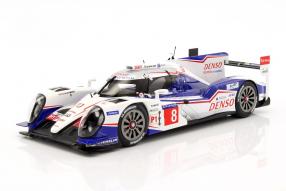 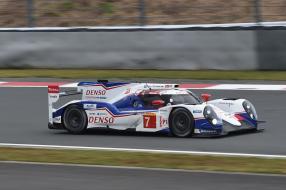 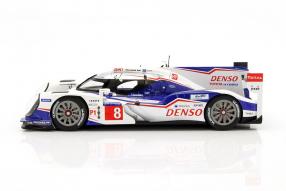 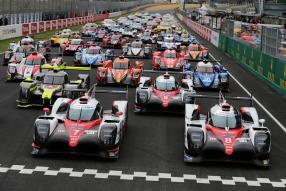 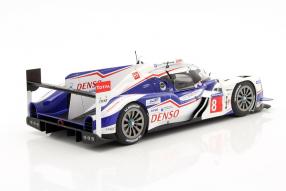 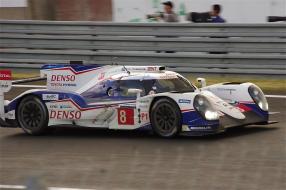 Toyota GAZOO Racing will take the first victory in the 24 Hours of Le Mans on the coming weekend of June 17 and 18, 2017. After the dramatic final phase of 2016, this time the long-drawn-out triumph of the traditional race will take off. And the signs are good: the motorsport team is traveling as the world championship for the third round and the highlight of this year's World Endurance Championchip WEC, the first German driver to win the day just 34 years ago, Stefan Bellof. Toyota's Autoart - a technically outstanding model car of the Toyota TS040 Hybrid, with which the racing team won the third place in the traditionally rich race at the Sarthe in 2014, is a perfect match for the ambitions of Toyota. As usual with Autoart with doors to be opened.

Tagged doors: With this detail, the successful label stands out clearly from other suppliers. While Spark's model cars are based on Resine plastic models based on models from Le Mans cars and do not include functional parts, Autoart is a world-class concept for models from the sport of motorsports and miniatures based on models such as the Porsche 911 in the Rauh tuning versions The competitors in which one offers at least openable doors and remains with Diecast as main material. This makes the Modellautos more expensive, but also make more. This is the reason why Norev offers the Mercedes-AMG GT3 as a good and cheap model of zinc die-casting, but the one from Autoart offers more fun with the doors to be opened. So it is now also with the Toyota TS040 Hybrid, which is also in the decoration is far ahead.

Looking back at the TS040 hybrid

Toyota Racing put the drivers Anthony Davidson, Sebastien Buemi and Nicolas Lapierre in Le Mans to the wheel of the prototype according to the LMP1-H regulations. In total, there were two TS040 vehicles that were part of the FIA ??World Long Distance World Championship 2014, including the 24 Hours of Le Mans. The cars were able to win 4 pole positions and 5 races. In Le Mans the TS040 did not get a third place because of technical problems. While the Audi Sport Team won Joest after 379 rounds, it was enough for a 3.7-liter V8-powered Toyota for 374 rounds. The model is nevertheless a victory type: a perfect appearance and reproduction of the design and extremely well-made details like the interior life of the headlights give a la look.

The wind deflectors, the telemetry antennas, the outside mirrors and the inner life in the cockpit of the racing car model are first-class cream. Especially the grading in the aerodynamics on the flanks pleases us well. As a result, we are curious how the models for the cars of 2017 will look. Since his debut in 1985, Toyota has conceded a total of 18 24-hour races in Le Mans - and often missed the victory. The Japanese took second place in the overall classification five times. In 2016, a technical problem prevented the prestigious success only in the last round on the start-finish line - unforgettable, a stab in the heart of every motor sport fan. In the 85th edition of the long-distance championship everything will be different: for the first time since 1999, Toyota starts with three cars.

The occupation of the Toyota in 2017

The Toyota TS050 Hybrid with the starting number 7 is controlled by the last two-place finishers Mike Conway, Kamui Kobayashi and Stéphane Sarrazin. But also Sébastien Buemi, Anthony Davidson and Kazuki Nakajima in the Toyota TS050 Hybrid No. 8 want to win, after 2016 just before the goal were stopped. The Toyota with the starting number 9 shares the experienced Nicolas Lapierre with the two Le Mans rookies Yuji Kunimoto and José María López. Under the bonnet is a 2.4-liter six-cylinder turbo-gasoline engine, which has a higher thermal efficiency thanks to a higher compression ratio. The direct injection system is combined with an 8 Megajoule hybrid system whose generators (MGU) are now smaller and lighter.

The hope of the team president

Their reliability and speed have not only been demonstrated during the test runs on the 13,629-kilometer Circuit de la Sarthe, but also in the previous WEC races at Silverstone and Spa-Francorchamps. Toyota GAZOO Racing travels to France as undefeated World Cup leader. "Le Mans is the highlight of our season with the focus on a great team performance in Higashi-Fuji and Cologne, and I would like to thank everyone for the hard work they have done in the past months Is the past and we are focusing on this year's race and expect to be back in the lead again, "said Team President Toshio Sato. Tonight in the evening at 22:00 clock starts the qualifying. We wish Toyota good luck!