From the 36 most interesting figures and data on the stadiums of the Stuttgarter at the Sarthe, we will get the highlights for you. In addition: New museum model lautos. 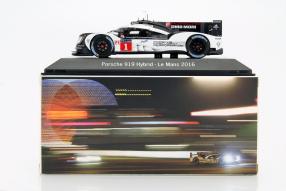 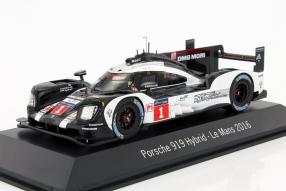 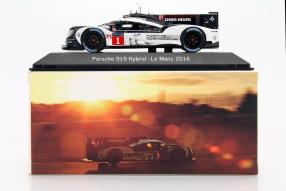 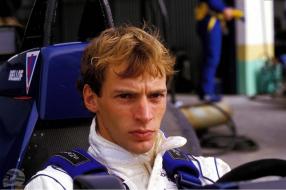 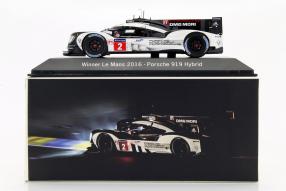 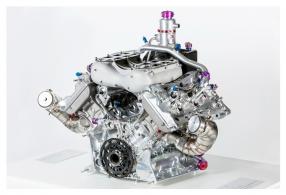 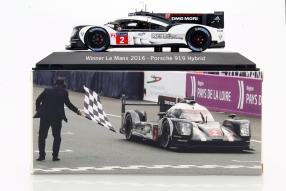 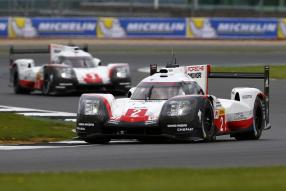 After 281 rounds, it was concluded: On 18 June 1983, Stefan Bellof and his rider Jochen Mass had to stop their Rothmans Porsche 956.008 at the 24 Hours of Le Mans with the starting number two four hours before the end with a engine damage. On the day exactly 34 years later, record holder Porsche looks back on 18 overall victory at the Sarthe and publishes some interesting facts and facts for the test day about two weeks before this year's edition of the 24 Hours of Le Mans. At the end, there will be news about Stefan Bellof, the new website and the new model cars, which Minichamps has announced on his mission cars for this year. Four new models of the Museum Edition at Le Mans 2016

Let us start with the highlights of Porsche in Le Mans. On the 12th of June 2013 Porsche factory driver Timo Bernhard drove the very first functional test on the test ground in Weissach. Well, two years later, he became the world's longest-running Le Mans prototype, following the example of Stefan Bellof, who was the first German to win this title. Bernhard recalled the redesign of his helmet for the 6h of Spa-Francorchamps of the WEC 2015 in the colors of the headguard by Stefan Bellof. Porsche quantified the number of Hollywood stars that started with Porsche in Le Mans, with the number three: Steve McQueen's fixture landed in the cinema in 1971, Paul Newman in 1979 in the second place and Patrick Dempsey in 2015 as second in the GTE-Am class on the podium.

Massage bench and nap in the container

3.2 hours each of the Porsche LMP drivers nowadays spend an average of 24 hours on the massage bench during the 24-hour race. Four Porsche LMP employees formed the small delegation, who traveled to Le Mans for research purposes in 2013, one year before returning to the racing circuit, and saw the first victory of a Porsche factory after 1998. The 911 RSR won the GT class , The team, under the leadership of Fritz Enzinger, was five strong, and at the end of 2011 began preparations for Porsche's return to the top category of the long-haul. Since 2015, the team has 260 employees, including 160 engineers. Each two Porsche LMP drivers share a specially constructed container behind the box for sleeping in Le Mans. Shared bathroom included. Six in a container.

Porsche records in Le Mans and the Eifel

Technique: Eight megajoule from recuperation systems per Le Mans round is the highest recuperation class in the efficiency regulations. Porsche was the first and longest manufacturer to venture into these spheres in 2015. The challenge: the more electric power, the less fuel the 919 can consume. At 22:00 on 10 June 2015, Neel Jani moved to Le Mans for the first qualifying session. In 3.16.887 minutes he succeeded in a record, which still exists today. Regarding Stefan Bellof, the 6: 11,13 minutes, in which he circumnavigated the Nürburgring-Nordschleife in 1983, are unforgettable. Twelve men were the vanguard, which began on the 23rd of May 2017 - almost four weeks before the race - with the construction of the two-storey steel hall behind the Porsche box.

On May 30, a convoy of eight saddle trailers traveled with the racing cars and all the material. On the test day, the 4th of June, everything was set up. Fourteen gigabytes of data are sent to each 919 during the 24 hour race to the pits. 30 fuel stops and ten stops with tire and driver changes are expected to be due per Porsche 919 Hybrid at Le Mans. 65 employees of the Porsche LMP team form the Einsatzcrew during a six-hour race. In the 24 Hours of Le Mans it is 90. 90 degrees is the bench angle of the V4 cylinder combustion engine in the Porsche 919 Hybrid. But in its function it is designed as a steeply mounted box motor. A picture of this power unit is attached to this article. As well as photos of the four new model cars to Le Mans 2016 and the link to the overview below.

Performance data for the Porsche 919 hybrid

The output from the two different recovery systems, the front axle brake and the exhaust gas tract is 294 kW / 400 hp. At the push of a button an electric motor drives the front axle and transforms the 919 temporarily into a four-wheel drive. 368 kW / 500 hp the Turbo-Benziner of the Porsche 919 Hybrid; It drives the rear axle. The Porsche 919 Hybrid is the only LMP1 to recover energy not only during braking, but also thanks to exhaust-gas recovery. 395 laps Earl Bamber / Nico Hülkenberg / Nick Tandy returned to the Le Mans win in 2015. The three LMP rookies had made the difference: Everyone drives the pace at which he feels comfortable and avoids collisions. If the car is holding, a podium should be in itThe Porsche 919 Hybrid was able to generate electrical power of 62,000 kilowatt hours on a total of 321,000 kilometers (test And race weekends since 2013) from the two recovery systems (braking energy from the front axle and exhaust gas energy). If the 919 was a power plant, he would now be able to supply a row of houses with 15 houses (four-person households) for a whole year. The turbine operating in the exhaust gas tract produces 120,000 revolutions per minute. This drives a generator. For the energy recovery at low speeds a variable geometry is installed.

Blend now as promised back to the 24 Hours of Le Mans 1983, Stefan Bellof's only continuous running at the Sarthe, Vern Schuppan, Hurley Haywood and Al Holbert won 3707 rounds and 5,047.934 kilometers on a Rothmans Porsche 956. Jacky Ickx took the pole as well as the fastest race. Minichamps announced a model of the Porsche 956 K Brun Porsche Schiesser 1000 km Hockenheim 1985 in the 1:18 scale (item number 155856619, to Stefan Bellofs Formula 1 appearance in Monaco 1984 the novelty Tyrrell Ford 012 also in 1:18 (117840004) Great anticipation with us: anticipation for the 85th edition of the 24 Hours of Le Mans and the two new Modellautos as well as the exclusive, new miniatures of the Museum Edition.

Here: The four museum models Le Mans 24 from Porsche Scale 1:43 at a glance