As the winner of all classes the model builder from Fellbach goes through, but he brings a perfect model in 1:18 to match the Eifelrennen 2017. 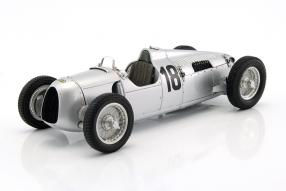 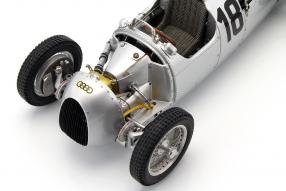 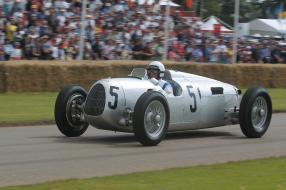 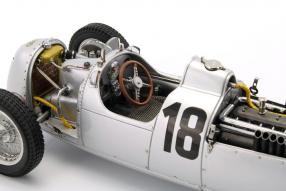 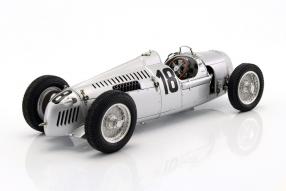 From June 16th to the 18th, 2017, the Nürburgring celebrates its 90th birthday and organizes a further edition of the so-called Eifel race. The high-end Model car label CMC with the AutoUnion Type C has a miniature, the model of which was driven by Bernd Rosemeyer at the 1936 Eifel race. Experts of the scene know that CMC's models are the strongest and the best, which is the industry to scale down the spoked wheels. Although the models are priced at the top level, the collector gets regular small pieces of art, which even have parts made from authentic materials. In this article, we will look at the model car and also look back on the birthdays of the Nürburgring and the thoughts that gave the impetus for the construction of the race track.

CMC or completely Classic Model Cars is a manufacturer of high quality model cars for demanding collectors. The fact that the company from Fellbach near Stuttgart fulfills this promise, proves once again the 1,500 copies limited Auto Union, which we present to you today. Of course, at this point we can go into every single detail and its processing, but that would go beyond the scope of this article. Just look at the pictures, lift the engine coverings, see the handy engine quality, its auxiliary units, the cables and pipes or the steering and liquid containers under the detachable, front hood. The radiator is optically a pleasure. The carom pattern on the seats, the wooden steering wheel, the instruments - all this is no longer to be surpassed model construction of the top class.

Bernd Rosemeyer in the Eifel race 1936

Bernd Rosemeyer was to compete with the Eifelrennen in 1936 one of the most memorable fog races ever driven at the Nürburgring. It went over 10 laps, which corresponded to a racing distance of 228 kilometers. Already the first round was determined by the three most important drivers of that time: Rudolf Caracciola on a Mercedes W25 took the first place, followed by the old Haudegen Tazio Nuvolari on Alfa Romeo P3. Rosemeyer was third with Rosemeyer with his type C. After the third round Nuvolari was ahead of Caracciola, but Rosemeyer picked up. After the departure of Caracciola due to a shock-damaging damage, a gripping two-man fight for the victory between Nuvolari and the popular Rosemeyer was born. From the 7th round, Rosemeyer, leaving Nuvolari behind him.

Surprise in the Eifel

Then, in the next round, the surprise: Suddenly used, heavy fog enveloped the Nürburgring. Visibility: less than 20 meters! Rosemeyer was not impressed by it, used his memory of course and his seventh sense, and from then on came to be a mistletoe. Thus, the Auto Union had shown another sign that the previous dominance of Mercedes-Benz is no longer inviolable. The 16-cylinder V-engine with Roots compressor of the model to the model at that time made 383 kW / 520 hp and brought its power from 6.0 liters displacement. At 340 hours, the C type of the Eifel race reached its top speed.

Emperor Wilhelm II was already thinking of setting up a circuit in the Eifel, because the enthusiasts in Belgium, the USA and Italy were enthusiastic about the masses. An interest, however, quickly flattened and only rose again after the First World War. On a course of 33 kilometers at Nideggen, the Allgemeine Deutsche Automobilclub organized the first Eifel race on 15 July 1922: 134 riders from four touring cars and five motorcycle classes met 40,000 spectators. Two years later, during the second edition of the Eifel race, ideas were set in motion that led to the construction of the Nürburgring's north and south loop. The Nordschleife survived to this day and, like the new Grand Prix circuit, is the venue of the Eifelrennen 2017, which is part of the Nürburgring Classic in the period from 16 to 18 June and is organized by the DAMC 05.