With a small feature, the label can quickly and easily knock out the competition from Minichamps or Spark. 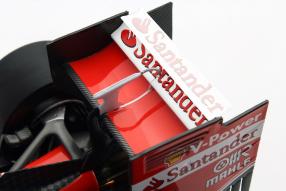 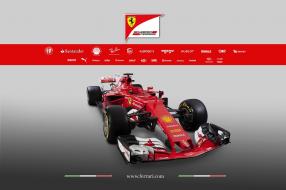 The fact that the new Ferrari SF70-H has gotten some small innovations, which should bring the driver team Sebastian Vettel and Kimi Raikkonen to the front, is not a surprise - an innovation in the modellautos after Formula 1 models, however, already. BBR shows something like this at the rear wing of the miniatures of the Ferrari from the past year. The 1:18 models get a DRS, the Drag Reduction System in small format, an adjustable tail wing also in the model format. The small artifacts available under item numbers BBR181605 (Vettel) and BBR181607 (Räikkönen) allow the collectors to display the DRS in an opened and closed state. A trifle only, but in comparison to the car models of Minichamps and Spark already progress.

How does DRS work?

On the two adjacent detail photos you can see the different types of images. As a model, the DRS can provide the driver with a great advantage. If it is used, a part of the tail wing is hydraulically flattened, thus enabling a lower air resistance on a straight line and a higher final speed. Condition: The driver is only allowed to use it on a fixed section section and at a minimum distance of one second to the previous one. Then the DRS opens and is automatically deactivated - ie closed - when the driver presses the brake. If it is used, the vehicle can be driven up to 15 kilometers per hour faster.

For a model collector, it is a nice feature to be able to change the look of his model every now and then, instead of just umzuparken. We find it good, if the large modellautos after the examples of the formula 1 have a few characteristics, which make a value for the collector. Basically, it would be good if the engine covers were basically removable, but then the development would take more space and the models come far after the end of a season to the collector. At higher prices, of course. So we are looking forward to this little gimmick with which BBR gets a competitive edge. And the tension remains as the new SF70-H will look like on the track: Today, on Monday, the tests begin.