Classic model Replicars keeps its word and provides additional, high quality thumbnails of the Porsche 917 and 956 from the theme around Le Mans in 1:43 scale. 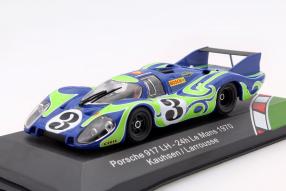 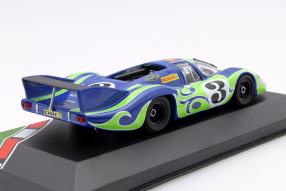 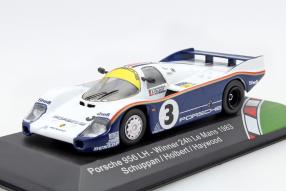 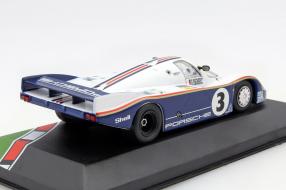 CMR had announced it - we spread the word about it: The new model AutoLabel brings more new products, which are produced as usual from high quality cast resin plastic, but are, with 19.95 euros, a super deal. This without falling behind in quality compared to the same size car models from the prototypes racing Spark or Minichamps. The News is the Porsche 917 LH Team Martini International Racing with drivers Gérard Larrousse and Willi Kauhsen and the Porsche 956 Team Rothmans Porsche with pilots Vern Schuppan, Hurley Haywood and Al Holbert driving. As the CMR models that we presented in the link embedded here, the label provides the miniatures on a diorama base, which gives the curbs a touch of racetrack.

The history of the prototype

The Porsche 917 - and the fans of this blog read recently - is the first prototype of the Stuttgart design department for racing car, which won the overall ranking of the 24 Hours of Le Mans; the first time in 1970. It is for this year also comes the Porsche 917 LH - Long tail - with the number 3, which has occupied the 2nd place at the end. The car is to have under item no CMR43004. Apparently everyone wanted to be sure that it necessarily Porsche wins one year after just missing out on overall victory 1969th The Team John Weyer Automotive sat three 917 with short tail - see triple set of Norev 1:18 - while Martini a 917 and a 908, respectively brought Langheck to Le Mans.

Porsche Austria came, each with a long and a short tail at the Sarthe and secured the overall victory finally by Hans Herrmann and Richard Attwood. Herrmann had narrowly lost last year's race and declared after the 1970 edition its withdrawal from motorsport. The legendary red and white, also called Salzburg style of his winning car is still often used by Porsche for prototypes and show cars. Incidentally, the second-place 917 is now at the Simeone Museum in Philadelphia, as we can see, the above embedded video.

Porsche in 1983 with Sensation

The long-tail brought the Rothmans Team Porsche 1983 overall victory, for it made the 956th The 51st edition of the race brought a record that would remain unique: The first eight places in the overall classification occupied Porsche 956; the 9th place was a Sauber C7 with BMW-Power, the 10th Place again 956. Finally, the indication that the Rothmans-Decals are supplied with models. We recognize: CMR can bring many models for this legendary model.


We wish you a good start into the week!