With the Grand Prix of Monaco and the 24 Hours of Nürburgring this weekendis really busy. We are there for you in the Eifel. 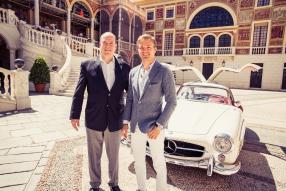 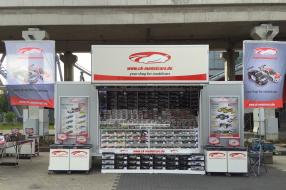 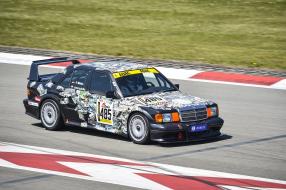 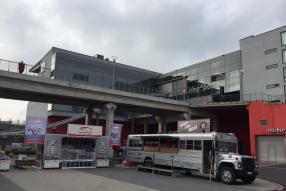 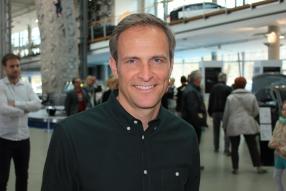 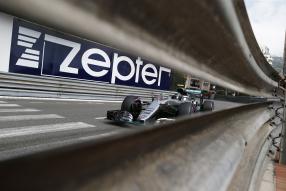 Today, dear friends Model car, we would like to briefly attune you to the most grandiose Weekend that there are this year: The Formula 1 takes in Monaco, during the 24 hour go in its final stages at the Nurburgring. No weekend provides a fuller Dröhnung motorsport tradition, like this. Let's take a quick look at the starting position in Formula 1 and a ride from Nico Rosberg throw and look at what is to say from the perspective of Mercedes-AMG to race at the Nürburgring. Who ck-model cars there would like to visit: Our new sales trailer stands on the forecourt Ring Boulevard, opposite the hotel Lindner offers you lots of special offers and news on the subject of motor racing. We look forward to your visit!

First let's look again into the living room of most Formula 1 drivers, to Monaco. There live among other Lewis Hamilton and Nico Rosberg who have to watch the race in Spain after its in-house gaffe that they do not put their points clear by reissues team internal wrangles risk. Nico leads the drivers' standings with 100 points still on, followed by Kimi Raikkonen to Ferrari with 61 points. Lewis Hamilton seems almost beaten with 57 points. For Nico Rosberg the Monaco Grand Prix is ??a very special home race: "I grew up in the city and still live here forever I associate with each curve memories that go back to my school days.."

According thrilled the racing driver was from a city tour with a difference: On Tuesday, he went together with Prince Albert in a Mercedes-Benz SL 300 Gullwing from 1955 through the streets of the Principality. By the way: The model cars from IXO that mimic the Gullwing 1:43 in the Pop Art Edition are almost sold out. You can look at them through this link and order. Rosberg has it in Monaco so pleasant when his busy colleagues: In the above embedded video on this article explain, among other Chief Operating Officer Rob Thomas and Head of Build Peter Hodgkinson, as the team Silver Arrows Lewis Hamilton and Nico Rosberg after the accident Barcelona ready made again for the Monaco Grand Prix.

RTL will broadcast the race live as usual at 14:00; thereafter the highlights of the Eifel are combined and transmitted to the finish of the 24 hour race at the Nürburgring. Who this run all the time will follow through, the switch on Saturday afternoon at 15:00 the channel RTL NITRO one who will broadcast the race live. With the ADAC Zurich 24h Race Nürburgring 2016 rises also from the perspective of Mercedes-AMG one of the motorsport season highlights: Total 9 Mercedes-AMG GT3 start on the Eifel circuit for long distance classic. One of the main focal points for fans is the AMG fan base at the northern entrance of the paddock. It is freely accessible to all visitors with Event Ticket and provides, inter alia, an exhibition of production and racing vehicles.

The Fanherzen can look forward to cars from the GT3, the DTM and F1. In addition there numerous special activities are organized. From the cadres of the Mercedes-AMG DTM driver Maximilian Götz and Christian Vietoris start at the 24 Hours. "The Spa 24 Hours I've won - the Nürburgring is still on my to-do list," says Maximilian Götz. Daniel Juncadella is already on Friday with a Mercedes-Benz Classic built Mercedes-Benz 190 E 2.5 Evolution II in the Youngtimer Trophy at the Nürburgring at the start. Juncadella will share the cockpit with the moderator Matthias Malmedie.

Coming back to Formula 1

The Thursday training - in Monaco Friday is no training - ran for Mercedes AMG successfully: Lewis led the morning session, Nico came 2nd; Lewis ended the day in the afternoon with the second fastest time, Nico was third fastest. Both drivers put in the morning a ultra soft tires in the afternoon came the ultra-soft and super-soft tires. Nico Rosberg for training: "The sessions were a bit bumpy, there were some virtual caution periods, however, I learned a lot on the longer runs, which we succeeded in that was positive Hats off to all the marshals, like... always have done a great job and the distance each time cleared quickly. "