Sold Out is not always sold out: Minichamps presents the new S-Class as a 1:43 scale model, appearing in the versions in white and brown. 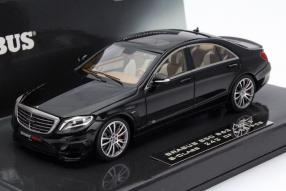 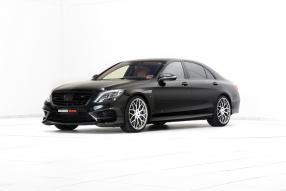 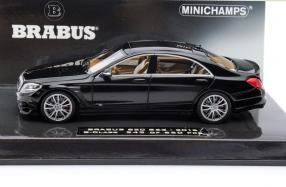 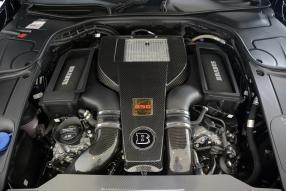 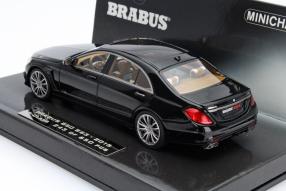 This article is meant to give hope: hope of you can still secure even an S-Class latest version of Brabus.The variant in Black, Limited to 650 copies, offered under article number 437 034 200 is already sold out, but manufacturers Minichamps adds: In White, the model car comes in the calendar week 11 (437 034 201), in our view, particularly noble brown metallic follows the model also in 1:43 scale with the item number 437 034 202 in the week 13. the number is expected to be at the level of black W 222nd In anticipation of further models Brabus 850 S 63 S-Class therefore a view of the model, and sharp model, which transmits the high-profile technology Bottrop tuner into the four-wheel sedan.

The model car is in the finish perfectly succeeded. Just like the already introduced Brabus 850 E 63 based on the E-Class features the model car made from resin-plastic of the S-Class, the proportions and lines of the revamped prototype exactly after. Here Minichamps took account of the specific features of the Brabus and for example adapted the ventilation shafts of carbon on the front wheel arches. Also in the area of ??the rear diffuser, the team from Aachen is thorough procedure and has the intricacies of the aerodynamic component slavishly implemented exactly. Remarkably succeeded is to track the front with the grille reproduced exactly and the fine honeycomb mesh inside the fairing as with the E-Class.

The inside of the spotlight to a very good small series model, for at least 74,95 euro must be put on the table. Keyword inside: The interior of the model car does not need to fear comparison because Minichamps has the variegation of the seats and the door panels carefully considered. In the color then sold it controls such as door openers, as well as switch the windows. The instruments are as well modeled as the monitors for the rear passengers to watch a DVD. All this is very well appreciated by the large glass roof. That I enjoy, because the details of an interior like this want to be seen - they let the collectors' hearts beat faster.

How is the model?

But the fantastically modeled reductions of huge, anthracite-colored 21-inch alloy wheels, which are front loaded with 255er- rear with size 295 tires know to inspire. On the origin of the model: The Brabus 850 based on the Mercedes-AMG S 63 receives an engine capacity of 5,461 cubic centimeters to around 6.0 liters, ie 5,912 cubic by a new crankshaft with longer stroke, milled conrods and forged pistons with a larger diameter. Additionally Brabus exchanges the turbocharger builds an own exhaust system and a new electronics for the motor. Also, the 850 S 63 has the 1,450 Newton meters (Nm) was reduced to 1,150 Nm maximum torque. The 625 kW / 850 hp accelerate the all-wheel drive model to the model in 3.5 seconds from 0 to 100 kilometers per hour. Tip: electronically limited 325 hours kilometers. A highlight of any collection, so you would be on the next color variants.