Thumbnails of all the racing cars of Michael Schumacher are part of the MSC exhibition DVAG, which was opened in the presence of his family on Monday. 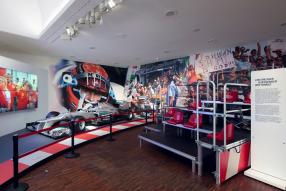 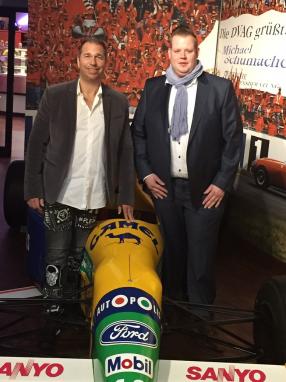 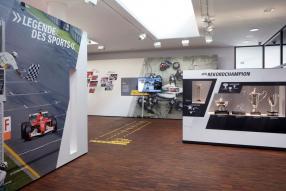 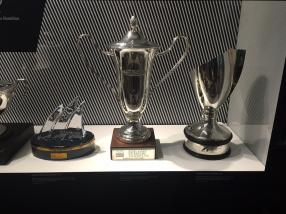 The German Investment Advisory Ltd. (Deutsche Vermögensberatung AG) - short DVAG - is for sales of financial services primarily in Germany, Austria and Switzerland  and for 20 years as a sponsor on the side of the racing ledgend Michael Schumacher. Now, the Group opened an exhibition in hessen's Marburg "Michael Schumacher - the world champion", which is from now on for 2 years in DVAG building to see. The visitors have free entry. On display are, among others Schumacher racing suits, trophies and helmets. Live on site, guests can marvel at the 2000 and 2005 Formula 1 Ferraris and the Mercedes AMG Petronas F1 from the 2012 season ck-model cars presents on a wall, the model cars to the prototypes with which Schumacher has driven in his career.

honoring the most successful Formula 1 driver

Christoph Krombach: "I am pleased to see that we have the honor, to support this great DVAG project. My thanks to Mr. Andreas Dünkel, the project leader Nadine Adrian of the company Bogner as well as Dr. . Helge Lach of DVAG. It is a very successful exhibition that pays tribute to the lifework of the appropriate record world champion." Born in Hurth on 03 January 1969 Michael Schumacher is with his 7 world titles in Formula 1, 91 victories, 68 pole positions and 77 fastest laps the most successful driver in the premier class of motor sport wich he took part from 1991 till 2006 and 2010 till 2012. In addition, Schumacher was with 155 placements among the top 3 most frequently on the podium.

After his serious skiing accident in December 2013, the racers is struggling at the present to get back into life. At the opening participated a large part of his family. Present were his wife Corinna Schumacher, his father Rolf, daughter Gina-Maria and son Mick, who already runs in the formula 4. of course also present at the opening on Monday, the manager Sabine Kehm, who spoke for the family: "The Schumacher family was very happy that the DVAG to the 20th anniversary of this partnership addresses the outstanding successes of Michael. He is an icon to the sport, the most successful racer in history. And sometimes, on days like this, it does good to remembered. " The exhibition is on 350 square meters, 70 exhibits; partly from the private collection of Michael Schumacher.


The press reports, is as moved Kehm occasion of the opening of the exhibition was: "Of course Michael is missing Of course it is a pity that he can not be here and no one would rather be here than he We can not change what happened, we have to accept it and have to hope and with everything we have, continue to support that he will one day be back here. Racing was his life. the exhibition shows us Michael in all its facets."  Also at the opening  was the former head of motorsport Mercedes-Benz, Norbert Haug, and RTL presenter Kai Ebel. On its way to the exhibition you are welcomed from Michael Schumacher for Even from the highway his image can be seen larger than life.