An impressive parade and 700 historic goddesses were the highlight of the DS Week in Paris. New Norev models are distinguished by facelift. 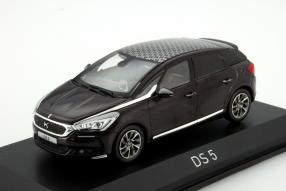 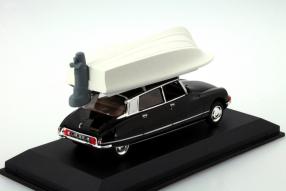 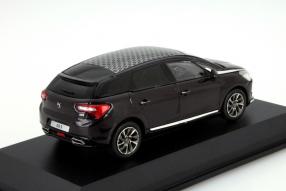 With an impressive parade and a total of 700 historical DS, the DS Week came to a successful end on May 24, 2015 on the Champs-Elysées in central Paris. DS Automobiles did not only celebrate their 60th birthday but also the founding of the brand.  With DS Automobiles Citroen will probably establish a top class label similar to the model of Volkswagen Audi which is more appealing to customers with a higher budget for nice gimmicks. BMW and Mini, and the success of the Audi A1 to A3 proves to be the right decission.


Transition from Citroen DS 5 to DS 5


The French carmaker Citroen took a step towards the new brand not only with a facelift of the previous DS 5, but, among other things, with an extensive DS exhibition at the   Jardin des Tuileries. The company gave an impression to the past, present and future of DS. 700 historical DS and 1,500 lovers of the  icon from more than 10 countries - including numerous DS enthusiasts from Germany - were present at the largest international meeting of historic DS in Linas-Montlhéry on may 23.2015.
According to DS Automobiles numerous participants paid tribute to the 60th anniversary  at the historic racetrack. The similar traditional AutoLabel Norev presented their new model cars in 1:43 scale. On one hand, a model car of the DS21 Pallas from 1973 with a boat on the roof and on the other hand, the first editions of the face-lifted Citroen DS 5 - now referred to as DS 5 only. The model car of 1973-Pallas is qualitatively a hit:  not only the proportions and  and  demanding curves were perfectly realized.


But also, the numerous chrome trims around the side windows, the characteristic orifice at the D-pillar and the execution of the tail lights live up to the memory of the glossy automobile decorations.  As usual,Norev has put a lot of effort in the details, the interior , the instrument panel, as well as the outside, all perfectly colored. In comparison the boat looks almost toylike, because the propeller and the engine could be performed better at this scale; it does not really match the top quality of the model car with the item number 157072.
Wee meet terms with  the new DS 5 concede from Norev for each 34,95 Euro available in dark purple (155588) and pearl white (155587) one with the roof in carbon look and one in high-gloss black. Both models feature the facelifted DS 5 - which implements the transition to its own brand. We like the quality of the front grill that goes up to  the mirrow as well as the replicas of the alloy wheels and door handles..

We would have appreciated a better finish  in the adaptation of the rear lights of the zinc die-cast environment.  Both models meet the highest collector standarts that are currently provided by models in the field of mass-Diecast model cars. We are excited about what DS Automobiles will bring next. . Highlight and at the same time completing the DS Week on may 24th 2015 was a big parade, with 700 Goddesses,through the center of Paris. Numerous members of the DS Club Germany eV participated.


The parade of DS week

Divided into 7 groups of 100 vehicles, the parade had already started  at 7:45 am at Linas-Montlhéry  towards the park of Saint-Cloud and the Place de la Concorde. The parade goes by  significant historical places of DS: the Quai de Javel, where the legendary vehicle originated, and at the Grand Palais, where the historical DS was unveiled at the Paris Salon on October 06 1955. The thousand of spectators  enjoyed the sight on the Champs-Elysées. The destination of the parade was the Place de la Concorde, where the vehicles could be looked at.