The renowned label from Italy presents a model of near perfection, the only real US sports car. 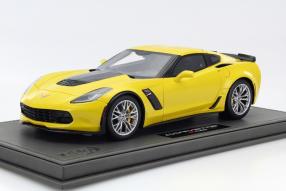 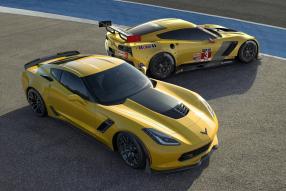 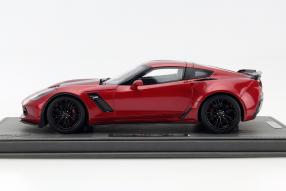 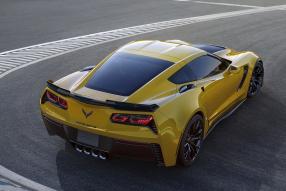 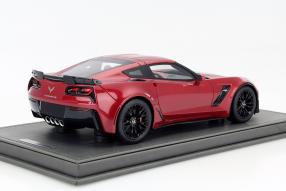 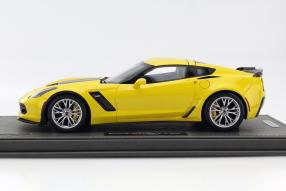 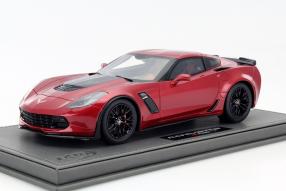 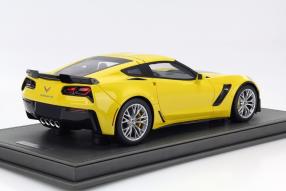 After all the world has focused on the Consumer Electronics Show CES in sunny Las Vegas with all its designs for self-propelled cars, engaged perhaps only real sports cars from the United States in our focus, which is not so much linked electronically as the cars that will populate our roads in the near future: the over a year ago, on January 13, 2014 Chevrolet Corvette Z06 presented.

The makers of Italian modellers Labels BBR have made a not quite cheap, but extremely well-done miniatures in 1:18 scale to the market. Painted the color Corvette Racing Yellow Tintcoat costs the model car 304.95 euros, in Torch Red 339,95 Euro. Chevrolet refers in his advertising the way to Le Mans in 2015, where the Z06 has won a class victory.

To quote, unemotional, the manufacturer:. "Delight yourself with the new Chevrolet Corvette Z06 for high-quality automotive design and first-class technology from the United States, our road-suited 2015er supercar, which was jointly developed with the C7.R race car, takes you closer than ever closer to designed for track use Corvettes. with a 6.2-liter supercharged V8 engine made of aluminum, which provides 485 kW / 659 hp, the Z06 is the most powerful production Corvette ever. "The lessons learned from the development of the Corvette Racing C6.R findings transferred to the Chevrolet Corvette Stingray 2014 from the current Z06 and C7.R were developed in parallel. You have the respect to the Stingray Body to spread in 3 stages of development.

BBR decided in cooperation with Chevrolet for the reproduction of the stage 2, in the standard equipment with the front splitters, wheel arch liners front, carbon-fiber hood is complemented with larger ventilation outlet and rear spoiler to a carbon fiber aero package in Black or visible carbon fiber with the following ingredients : carbon fiber front splitter with end plates in plane optics, carbon fiber side skirts and a larger rear spoiler with rigid gurney flap - a small, vertical flap on the edge of the spoiler that increases the downforce, whereby the efficiency was increased both on the road and on the racetrack. We can only certify that the mold makers have those details on the model worked out excellently BBR.

Here our gaze should not pass on the big picture, because not only the special intricacies, but also the overall appearance coincides perfectly with the look of the design of the prototype. The appearance is exactly the appearance, how we love it from the Corvette Z06: Characterized by sharp edges, just a few curves, a clear front with a distinctive character and a masculine appearance, as it is not found in any other sports car. Therefore saith our headline on this article by a car for men. And will have fun also to the model in high-end quality. BBR trusted in resine plastic as the main material and could replicate perfectly with the easily processed resin every little detail.

Autonomous driving? Are longer there!  Its called taxi

doors and hoods of small Corvette do not open; Who bothers you let me tell you that the view into the passenger compartment of each limited to 52 pieces and 150 model cars from BBR nevertheless sufficiently generous fails to discover perfectly simulated controls and a quality interior can. The front grille mesh are executed pierced and held in an artisanal quality that is comparable long. The finish of the black built, described in detail above special equipment of high quality. A special focus of the team of BBR is to replicate the brakes, wheels and tires of the model car whose design leaves no wish unfulfilled. And as for the CES: Will one (s) really a Z06 that can drive autonomously? We believe - no! Because so comfortable it seems to be when cars are on the road without the interference of the driver from A to B: The driving fun is lost in any event, whether in the Corvette Z06 or a VW Golf. Without driving fun but we do not need a sports car or premium cars. And who does not want to drive yourself, which can access to bus or taxi today.