Otto Mobile reminds us with a successful model for GSi 16V in 1:18 scale of the times in which Opel wanted to impede the GTI. 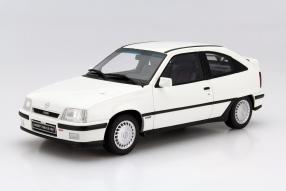 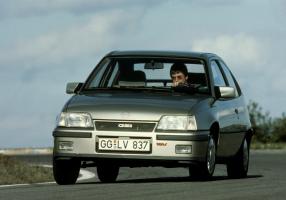 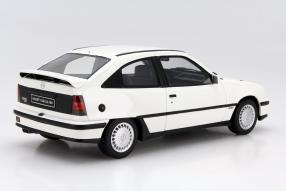 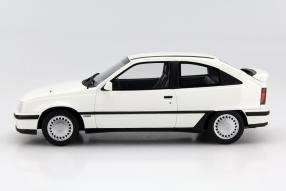 Today it's in our blog to a model car that will meet in the middle in the heart of the Opel-friends: the Opel Kadett E GSi 2.0 16V in 1:18 scale, which the French of Otto Mobile on usual knowledgeable way in the so-called Bburago scale have implemented. That Volkswagen with the Golf GTI a sporty image missed itself and has simultaneously created a new type of vehicle, main rival Opel could not leave this lying down. By Kadett GSi, Opel created a counterpart which drew attention to himself with voluminous front bumper spoiler and fat. At the time when it was fashionable to install motors with 4 valves per cylinder and into smaller cars, the Golf GTI 16V II and thus also the Kadett GSi 16V came into the trade.

Stronger than the market leader GTI

Thus Opel had, in terms of performance, the lead: During the Gulf 95 kW / 129 bhp, the Kadett GSi 16V with 110 kW / 150 PS was significantly stronger on the road. And that pretty quickly: He walked in 8.0 seconds from 0 to 100 kilometers per hour, reaching a top speed of 217 kilometers per hour. Is narrated that the GSi this was also more economical than any other car of this genre. The four-cylinder drew his extra power from a cooperation with Cosworth; those motor smithy that became world famous by the Formula 1 engines. Opel and the British developed a very elaborately designed cylinder head with manifolds and a complex designed intake manifold. The engine received a knock control. This drive was the first four-valve engine, the Opel has built in large series.


At this point he comes back, the sentence: "Unfortunately, doors, tailgate and bonnet made of resine plastic model cars remain closed, as usual." It is true, unfortunately, the intricacies of the engine design of the 1980s remain the friends of this model car hidden. By full-lens design of the wheels also of the complex disc brakes of the Kadett GSi is nothing to see front and rear in a scale of 1:18. Just as the reinforced stabilizers and the additional stabilizer on the rear axle or the amended crossbeams, which allowed the installation of a differing in height from the base-GSi, larger radiator. Opel has enhanced the wheel arches front in the area at the transition to the A-pillar, steering and suspension adapted to the higher power. Was connected via a five-speed manual transmission.

Video  with alot of love for the GSi

But without DSG, for such high-tech gearboxes there was not time for one and a half years before the fall of the Berlin Wall. Yeah, right, as long as it's been, the Kadett GSi 16V was rolled Opel in the showrooms 26 years, in the spring of 1988. The model car of Otto Mobile is based in its design to the origin-Year. In the appeal, it is perfectly suited to the model to which we have found a nice video with many impressions of the GSi; not all 16V, but made with great attention to GSi. As the model of Otto Mobile.