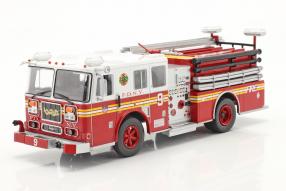 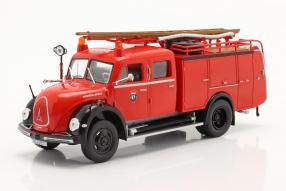 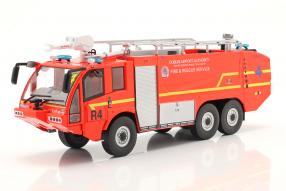 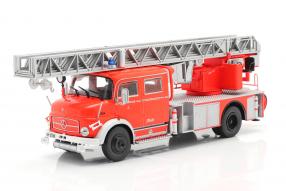 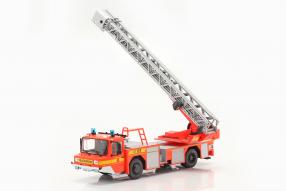 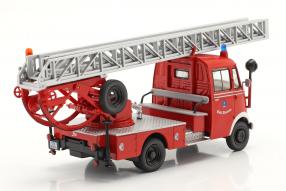 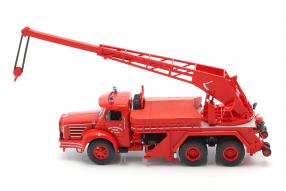 Altaya presents a great collection of fire brigade vehicles in scale 1:43 that invites you to collect. The popular series builds a profile of different European fire department vehicles at which historical as well as current models are represented. The Altaya compilation, made entirely from diecast, is rounded off by a model of a fire brigade vehicle from the New York fire department. The FDNY's Seagrave Fire Truck is known from numerous American films and is a must-have in the collection for many model car collectors.

Another well-known "face" is the Magirus Deutz Mercur TLF 16 of the Madrid fire brigade. The round hood, which was built in Ulm, Germany at the time, bears the name "Mercur" due to the planetary gears that Magirus built at that time.

Another part of the collection is the Sides S3X from the Dublin Airport Fire Brigade. The S3X (also called Sentinel) is the flagship model among the Sides airfield fire-fighting vehicles. Despite its 10,500 liter water tank, the 29-ton colossus achieves a top speed of 110 kph and is therefore on site in the shortest possible time.

The Mercedes Benz L1519 is also part of the Altaya series. The model's telescopic ladder can be extended and rotated up to 60cm. The original has an 8.6 liter diesel engine with 192 hp.

Another turntable ladder is represented by the Iveco Magirus DLK 23-12 of the Lam fire brigade. Here, too, the model's ladder can be pulled out and rotated. The abbreviation 23-12 in the original stands for a nominal rescue height of 23m and a nominal radius of 12m.

The Mercedes-Benz L319 built in 1962 from the Walsrode fire brigade joins the collection as a timeless classic. Here, too, the model is an extendable turntable ladder. The name L319 is the internal production number of Mercedes at the time. The original was built from 1955-1968.

The model for the more difficult operations is the 15 ton fire brigade crane vehicle Magirus Berliet TBO from 1959 and should not be missing in the compilation either.
The most historic vehicle of the Altaya fire brigades is the Delahaye Type 103 with an extendable turntable ladder, the original of which has been manufactured since 1920.
In addition to the fire brigades mentioned in this blog post, we have many other models in our shop to complete your Altaya fire brigade collection.