28.07.2021Special model car to the flood disaster in Germany

Donation campaign for the victims of the storm disaster: In order to collect money for those who were and are affected in western Germany, the responsible at ck-modelcars, Schnabl Engineering and Minichamps have launched a unique campaign. The focus is on a modelcar of the Porsche 911 GT3 R from Schnabl Engineering used in this year&#039;s 24 Hour race in Spa-Francorchamps. 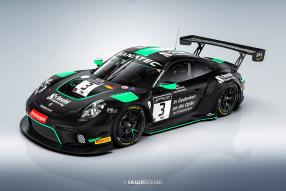 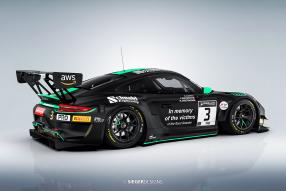 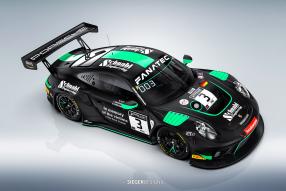 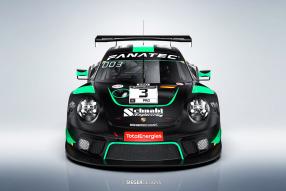 "The Nürburgring and the whole region around it is very important to us", says Christoph Krombach. "There is no doubt that we have to act in this situation. With Sven Schnabl and Minichamps, we have two long-term partners on board, without which it would not have been possible."

What Krombach is talking about is an action that is part of the 24 hours of Spa. In the biggest GT3 race in the world, Schnabl Engineering uses a Porsche 911 GT3 R, whose design commemorates the victims of the flood disaster. Apart from the compulsory sponsors and the team logo, the car is only adorned with the words “In memory of the victims of the flood disaster”. “It's undoubtedly a very emotional race for us. Participation is all about the flood victims”, explains Sven Schnabl.

The bolide that is piloted by Dennis Olsen, Frederic Makowiecki and Michael Christensen belongs already to the highlights of the race. And exactly of this vehicle there will be a scale 1:43 model, manufactured by Minichamps. The special thing about it: The net proceeds of the project go entirely to the flood victims.

For the manufacturer Minichamps, the action is an affair of the heart. Nordrhein-Westfalen (North Rhine-Westphalia) was hit hard by the disaster. For the Aachen-based company around Paul Günther Lang, the special model is therefore an important measure to help the home region in this difficult time.

There is a short period of time for ordering from 07/29/2021 up to and including 08/08/2021. Unfortunately, orders after the promotional period can no longer be accepted. The aim is to pay the raised money to those who were and still are affected in August. Therefore, the item has to be paid for full in advance, even if delivery can only take place around five months later. So patience is required from buyers - but for a very good cause. Customers will be informed of the delivery date in advance.

The number of pieces of the model is not specified. As many models are built as were bought. The Porsche, which is manufactured as a diecast modelcar, stands on a printed base and under a dust-proof plexiglass cover, so that collectors can cherish this very special model with an equally special story.