The French carmaker is represented by 5 race cars in Essen, including the car of the world champion. Norev brings models for Citroën C-Elysée WTCC. 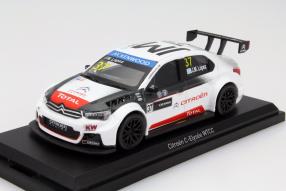 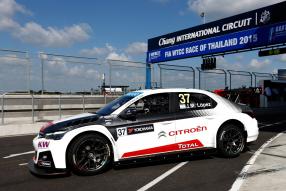 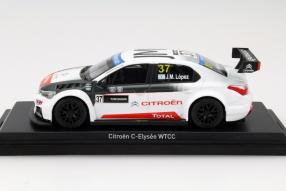 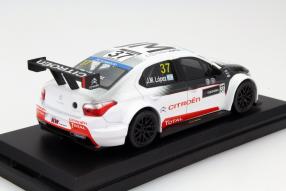 Aside from the so-called preview day from November 27, 2015, the Essen Motor Show opens to the public on the 28th and will remain open up to and including 06 December. The Preview Day provides more peace of mind for the visitors, but the price of 25,00 Euro for a day ticket for 10,00 Euro higher than the normal adult day pass, which costs 15.00 euros.

Already in the previous blog post for the Winter sales models by Minichamps we have noted that CK-model cars will be there with its own stand at the Essen Motor Show. also there an original Jordan EJ11 to be seen. As if that was not reason enough, to go to Essen. But there is still great to see other cars. With 5 Motorsport Citroën vehicles alone is represented at the 48th Essen Motor Show.

The brand with the double angle in its grill just documented very impressively that it is one of the best addresses in motorsport. On the 242 square meter stand in Hall 6 - to find under the name E 113 - waiting with the Citroën C-Elysée WTCC among others a true world champion car at the visitors from Europe's largest and most important trade fair for tuning and motorsports. The 280 kW / 380 hp Citroën C-Elysée WTCC Citroën Racing driver José María López was able to secure this year, the second consecutive year, ahead of the title in the drivers' standings of the World Touring Car Championship WTCC. López was able to again clearly back up together with the teammate Yvan Muller, Sébastien Loeb and Ma Qing Hua ahead of the competition, the manufacturers' standings of the WTCC.

In 2016, the Citroën Racing Team enters again in the FIA World Touring Car Championship to 2 Citroën C-Elysée WTCC to defend his World Championship title, which are held by José María López and Yvan Muller. We have reported on this race car and the first car model to already in the blog post can be accessed via this link. The Citroën C-Elysée WTCC is equipped with a 1.6 liter turbo engine with direct injection. In keeping with the Essen Motor Show has Norev - yes, Norev - brought out an alternative to the models of Spark; the Citroën C-Elysée WTCC are available with starting number 9 of Sébastien Loeb, 33 of Ma Qing Hua, 68 by Yvan Muller and 37 by José María López from Norev 1:43 for only 24,95 Euro; without that they finish in the consistency of their appearance or less offer than the Spark models.

Citroën at the Essen Motor Show

Another highlight on the Citroën booth is the DS3 WRC. The 221 kW / 300 hp rally car, the Citroën Total Abu Dhabi World Rally Team could again secure the 2nd place in the manufacturers' standings of the FIA World Rally Championship (WRC) to the two top drivers Kris Meeke and Mads Østberg this year. The WRC-commitment of Citroën Racing continues with the start of the World Rally Championship in 2017 with a model that meets the new technical regulations of the FIA.