The label probably leaves nothing out that hasn&#039;t driven somewhere and at some point on the racetrack: Highlights from the news in 1:18 and 1:43 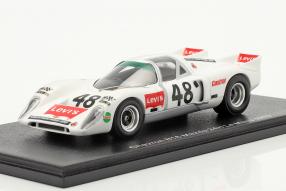 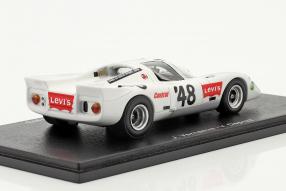 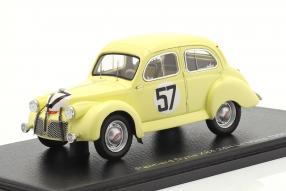 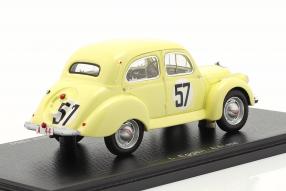 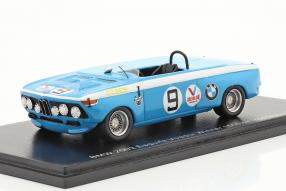 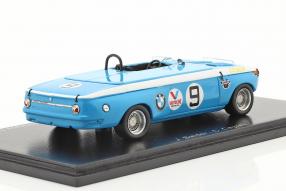 Shaking the head, that was the editorial team's first reaction of the novelties from Spark from the first days of this week. The reason for this, however, was not that something would have been wrong with the new modelcars in scale 1:18 and 1:43, but it was the numerous novelites with which Spark shines once again. Which always amazes is that the label for race sport models releases not only the current cars like from the WEc, to the topic 24 Hours of Le Mans or the Formula 1, but also brings especially in scale 1:43 cars from the farthest corner of the darkest and most deserted barn to the light and developes attractive miniatures to it. Even we come across names that we have long forgotten. Sifting through Spark's portfolio is always a bit like a history lesson.

The fact that there was a racing team called Levis International Racing Team with which drivers Julien Vernaeve and Yves Deprez took part at the 24 Hours of Le Mans 1970 with a Chevron B16 vehicle has long been out of sight of the editorial team. Spark now reminds you of the vehicle with the modelcars that appear in format 1:43 under item number S9400. For around 30 years, Chevron built cars for racing. Owner and designer David Bennett developed the B16 in 1969 for the brand world championship, sent the car to the 500 kilometer race on September 7th at the Nürburgring and won straight away with Brian Redman at the wheel. The B16 achieved its last victory there in 1971. At Le Mans, things didn't go that well: after 19 laps, the B16, which was equipped with a Mazda rotary engine, was eliminated.

However: For those, who are collecting the modelcars to the year of the first Porsche-overall victory, will be happy about the appearance of the B16. Keyword Porsche: Also for the then victorious Porsche 917 KH by Hans Herrmann and Richard Attwood, a new delivery in 1:18 is included under item number 18LM70. But back to the less popular vehicles to which Spark is devoting its latest innovations. Team owner Louis Eggen also tried his luck at Le Mans and in 1950 launched the Panhard Dyna X84, the cockpit of which he shared with Paul Escale. Back then, a Talbot Lago won after 256 laps. The X84, powered by a 0.6 liter boxer engine, held out and finished the 24 hours after 151 laps and was ranked 29th in the overall standings. Private drivers, real heroes!

The models to the little Panhard are delivered by Spark under the item number S5209.