With the team of the endurance world champion Timo Bernhard, ck-modelcars will remain on friendly terms with the team in the new year 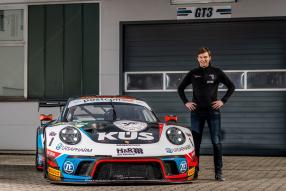 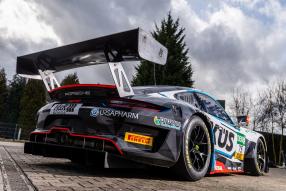 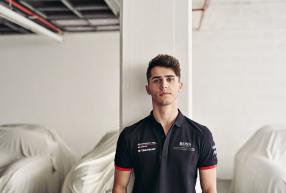 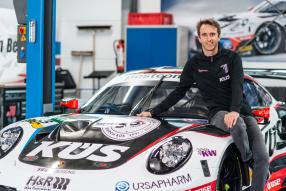 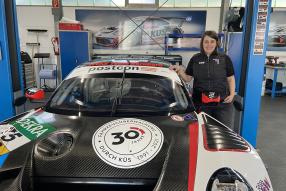 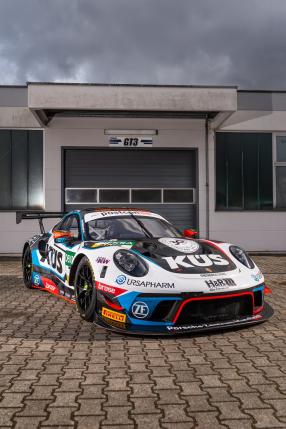 On May 14th, 2021, it is going to start at the race track of the Motorsportarena Oschersleben; on October 24th, the new season of the ADAC GT Masters, which has been significantly upgraded by the German Motorsport Association (DMSB) with the official title "International German GT Championship";  will end in Hockenheim. The upgrade is probably attributed to the new DTM, where vehicles of the category GT3 will now also be used. Again this year, ck-modelcars.de supports the commitment of the team of the two-time Le Mans winner and FIA endurance world champion Timo Bernhard in the ADAC GT Masters. The team from Landstuhl in the Palatinate announced news regarding the coming season on Sunday as part of the current episode of "PS on Air - The Ravenol ADAC GT Masters Talk" embedded above. The blog of ck-modelcars.de summarizes.

In the now sixth season of the KÜS Team75 Bernhard since its debut, the cards are reshuffled, which also leads to a change in the occupation of the cockpit. Defending champion Christian Engelhart won last year's drivers rating together with Michael Ammermüller in the Porsche of SSR Performance. The 34 year old man from Sternberg changes for 2021 to KÜS Team75 Bernhard and has a lot of experience in the ADAC GT Masters: Since his entry in 2021, he celebrates 15 victories and achieved the title last year. He is going to share the cockpit with newcomer Thomas Preining from Austria. The 22 year old Porsche works driver already gained first experience in 2019 in the GT Masters and cuold celebrate a victory immediately. The occupation of the second cockpit will shortly be announced by the team of Timo Bernhard.

The driver duo Engelhart / Preining will race the nine-eleven with starting number 75. With this number, the team remis reminding of its roots: In 1975, Rüdiger Bernhard started its motorsport activities. The father of team boss Timo Bernhard also laid the foundation stone for the success of his son, who, among other things, celebrated two overall victories at the 24 Hours of Le Mans and the WEC endurance world championship and after his active time as a Porsche factory driver, he is now a brand ambassador of the manufacturer from Zuffenhausen. At his side, which is also new, is his sister Jennifer Leising. She grew up in the motorsport environment of the Bernhard family, followed her brother's career right from the start and took over organization and team management as the successor to Klaus Graf. The second Porsche 911 GT3 R bears the starting number 74.

The design of the racing cars has also been modified. It was freshened up; However, great importance was attached to ensuring that the team’s identity and history are not lost. The front hood of the Porsches is also adorned with the anniversary logo of the main sponsor KÜS. The vehicle surveillance company from Losheim in Saarland is celebrating its 30th anniversary this year and has been in partnership with the Bernhard team for no less than 15 years. In addition to KÜS, not only have all previous partners extended their cooperation with the Bernhard team, but two new ones have been added, which shows the great confidence in the performance and the confidence in a successful cooperation. After all, the KÜS Team Bernhard was able to clinch the runner-up in the first year since joining the ADAC GT Masters 2016.

To the so far five seasons, six race victories as well as numerous podium finishes can be added. The ADAC GT Masters, which can shine with a starting field of more than 30 GT-cars from eight manufacturers, will receive a significant upgrade in addition to the official championship title through the live broadcasts on the new TV partner RTL nitro (German TV-channel). And what are the drivers' statements? Christian Engelhart: “I'm really looking forward to starting in 2021 for the KÜS Team Bernhard. When Timo and I talked over the winter, we quickly realized that it would be a good story. Together we want to fight for victories and titles this year - we will work hard together for that. The Team 75 family has already given me a warm welcome and in Thomas I have a super-fast team-mate whom I have already known from previous years."

Engelhart finished: “Now I can hardly wait to get started.” Thomas Preining is also full of anticipation: “I'm really looking forward to the season with the KÜS Team Bernhard. I already drove one season in the ADAC GT Masters in 2019, where I still have one bill to be answered. At the moment I'm working at home to prepare myself as well as possible for the season. I spend a lot of time in the simulator to get everything out of myself in advance so that I'm there from the start and hopefully can fight for victories. The most important thing will be that we can get together as a team as quickly as possible and work well together. But I'm not worried about that. I think that we will use the preseason tests next to the setup work mainly to get to know each other well and to promote team building."

Let us hear team boss Timo Bernhard: "The ADAC GT Masters will also be the spearhead of our numerous motorsport-programs this year, in this top-league we want to show our performance as a team. With Christian we could sign the current champion, who will form a powerful duo together with Thomas, who has just been promoted to Porsche works driver. I'm really looking forward that we will fight about the top positions. I also see the upgrading of the championship with predicate and the title of German GT champion as extremely positive. Internally, my sister is now part of the team leadership, she takes on the entire organizational area, including team management. A strong signal. The entire team is highly motivated. I'm really looking forward to the coming season."

Team manager Jennifer Leising: "I'm working for KÜS Team Bernhard for about one year. From my previous activities, I can totally contribute my know-how and skills. This is a very exciting and nice challange at the same time for me. This closes the circle a bit. I've been involved in motorsport all my life. First as a toddler, when I accompanied my father to mountain races, later as a spectator at Timo's numerous starts. I was actively involved in motorsport in karting, then together with Timo, and later I took part in rallies with my father as his co-driver. So it was somehow a logical step to start with the KÜS Team Bernhard. This year I'm the team manager for the ADAC GT Masters races!"

The team of ck-modelcars.de wishes the frineds from Landstuhl lots of success and is looking forward to the coming modelcars.