Minichamps recalls a time when the technology was still simple, but also has a lot of fun with the new, limited edition of only 1,002 copies model car. 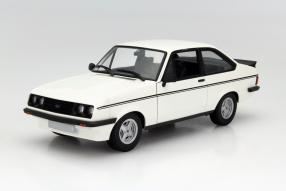 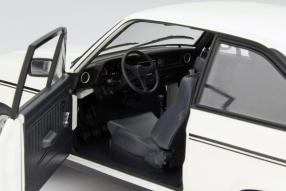 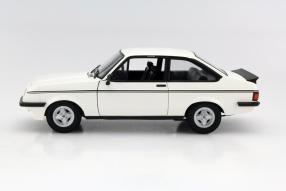 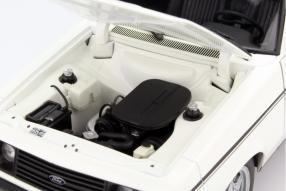 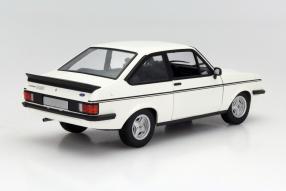 Winter is just around the corner: The early morning hours are now quite cold;  The first snow is not so far away. For this purpose, we noticed two things one: First, the video of Ford Heritage, which demonstrate the rally driver Bjorn Waldegard and Hannu Mikkola on a frozen lake, like a Ford Escort is to move in expert hands over the ice, and secondly - the Ford Escort II RS 2000 from Manufacturer Minichamps, which this brings to the market in scale 1:18 modeled on the vintage 1976 in only 1,002 copies.

Minichamps shines again with the model car available under item no 150084300 with what the team led by Paul G. and Romy Lang can best: pack exactly corresponding Karossiere diecast zinc kinds of details in one of the appearance of the model, the doors that open and hoods offers.

1976-40 years have passed. The story of the Ford Escort started already in 1968 when Ford introduced the first edition of this conceived against the VW Beetle and Opel Kadett vehicle. 1974 he moved to 2nd generation, at the root of the model car presented here.

Exclusively reserved to the RS 2000 was the beveled plastic front of polyurethane plastic, which the vehicle is still made with deep internal dual headlights attention and sportier and more dynamic.

The engineers and merchants from Aachen have decided, the Ford Escort RS 2000 II produce in die-cast zinc. The bonnet that open provides a clear view to the replica of a clear, undisguised four-cylinder engine with less demanding endurance runner technology. Minichamps has a lot of effort and colored all the essential components differently. Inside the small escort with knowledgeable reduced door linings knows how to score.

The knurled wheel for the backrest adjustment, the coloration of the instruments and the shape of the instrument panel have been implemented by Minichamps also correctly into the model, such as the alloy wheels, the mounted spoiler on the trunk lid and the trim of the top model. For fans of the brand Ford Escort this is essential - just as the winter tires are already on your car. For these are not only on snow and ice, but also in continuous rain a guarantee of safe driving. Get home well!