Juan-Manuel Fangio safes his fifth title with the racing car from the type 250F: We look back to France with the matching modelcars in 1:18 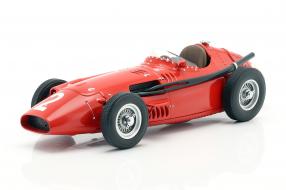 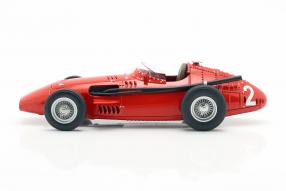 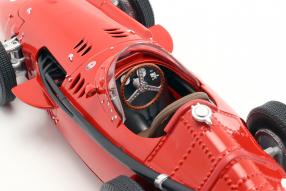 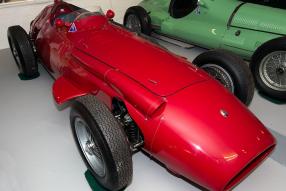 As a consequence of the corona crisis, there has been no Formula 1 race this year: If it stays with the current plans, the royal class of motorsport will start the 71st season on July 5th, in Austria. It feels good in the Formula 1 free time, when at least the modelcars to this topic compensate for the missing races. With the deliveries of the past week, two further Maserati 250F extend the starting field for the Grand Prix of France of the season 1957: Exclusively at modelissimo and ck-modelcars.de are the vehicles available in scale 1:18, with which the racing drivers Juan-Manuel Fangio and Jean Behra achieved the victory and the sixth place for the team Officine Alfieri Maserati and which CMR tranferred into models. The miniatures are produced from diecast and we look back: France 1957.

It was the 8th season of the category of the Automobil-World-Championship at that time, for which the elite of racing drivers met on July 7th, 1957, in Rouen-les-Essarts, France. The fourth race of the year was organized by the automobile club of France and Juan-Manuel Fangio came as leader in the drivers rating to the 6.54 kilometers long track, on which 503.743 kilometers should be driven in 77 laps at dry weather conditions. Both drivers, to whom the modelcars presented here are dedicated, fought for pole position in training, from which Fangio ultimately started thanks to his average speed of 166.44 kilometers per hour. However, Jean Behra proved to be the smarter starter and took the lead ahead of Musso on Ferrari and teammate Fangio. But he didn't leave it at that.

The Argentine took the lead in the fourth lap and kept it until the end of the race after 3:07:46,4 hours. Behra was overtaken by three Ferrari and a Maserati and thus landed as mentioned on the sixth position eight laps behind Fangio, although he could have been fifth. Too bad that Behra suffered from an engine damage in the last lap and took seven minutes to do so. He was fined one lap for distributing oil on the course, so he finished sixth. Juan-Manuel Fangio left France with 25 points as the leader in the World Cup at that time ahead of the American Sam Hanks with eight points. A race that the two modelcars from CMR bring to life in a world championship way, because in appearance, detail and finish they meet the highest standards.

The starting number 2 from Fangio is available under item number CMR179, the version of Jean Behra with the starting number 4 under CMR 185. The Maserati 250F formed the basis for the motorsport of the Italians from 1954 to 1958. Originally developed by Vittorio Bellentani and Gioacchino Colombo, the 250F competed with a six-cylinder engine; the body was contributed by the Carrozzeria Fantuzzi. A new space frame with tubes that are thinner in diameter and a modified direction of the exhaust system past the drivers's windshield on the left, made the 1957 version a winner car, with which Fangio could achieve his fifth title. It did not came to the planned V12, because Maserati withdrew from the Formula 1 for financial reasons. We hope that this will not happen with any team in 2020 because of the corona crisis.