There is no niche that the label from Bavaria does not search out: modelcars in scale 1:43 take us back to 1961 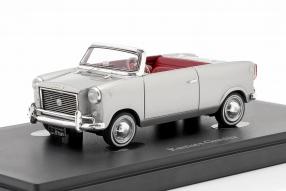 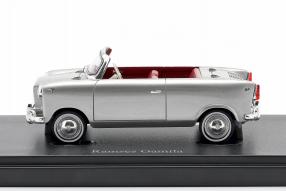 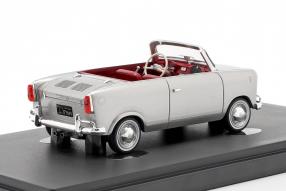 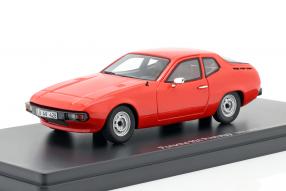 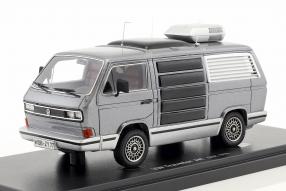 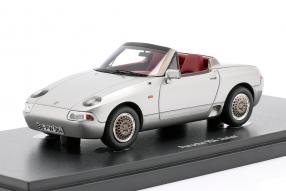 The Autocult GmbH is a known term among many of our customers: The modelcar manufacturer from Bavaria was founded by a team in early 2015, whose members have been successfully working in the model making industry for years, before they found each other under the management of Thomas Roschmann. The aim is to create miniatures of long-forgotten automobiles based on models that stand out due to their unusual shape or a special degree of innovation in their construction. And Autocult succeeds in this endeavor in the form of the selection of the models in a way known by no other manufacturer, because the brand presents modelcars, which often amaze our editorial staff. As recently in the case of the Ramses Gamila in scale 1:43.

We know Egypt as country of the pharaohs: However, not as nation of the car production. When we have met the miniatures of the Ramses Gamila, which are limited to 333 units, las week, we started to sweat for a moment: What is this? But those who know Autocult among the collectors, know that the brand always includes a detailed booklet with all relevant details on the role model and its history in its models made of high-quality polyurethane resin. This is also the case with the Ramses Gamila, which stands out from every collector's showcase with its look. Collecting car models from Autocult is therefore always a bit of a history lesson, which goes back a long way in the decades of motor sports, miniature and streamlined classics or motorhomes, vans and commercial vehicles.

In 1956, the newly elected president in Egypt, Gamal Abdel Nasser, was animated to create a car production in the country on the Nile. Following the tradition of the country's great kings, the vehicles were christened Ramses. The here presented Ramses Gamila, a sports cabriolet from the Egyptian Automotive Company from 1961, followed on the Ramses Utilica. The Gamila, understood as a sports car, was designed by Giovanni Michelotti (1921-1980) for Vignale in Turin and powered by an air-cooled two-cylinder made by NSU in Germany, which developed its 16 kW / 22 PS from a displacement of 0.6 liters. Only 300 pieces were produced in the first two years; With 400 units, 1965 was a great year for the role model of our model available under item number 03018.

With this drive set, the edgy Gamila reached a top speed of 116 kilometers per hour. The body was based on the chassis of a NSU Prinz; the components were assembled in the specially built factory near Giza in 1958. As is generally the case for the modelcars from Autocult, the same applies to the Gamila, of which the miniatures are made in very first quality. The company emphasizes that with extensive knowledge in classic model making "we are still able to implement such models even without CAD support". The perfection of details such as grills, rear lights, attachments such as door handles confirms the company's competence; the appearance of the miniatures is convincing in every respect anyway. So take a look at the Gamila as well as the other models, e.g. BMW 2200 ti, Porsche 984 Junior or 924 prototype or VW T3 Traveler.