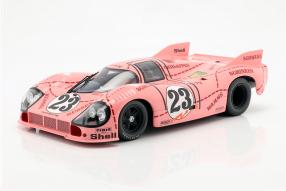 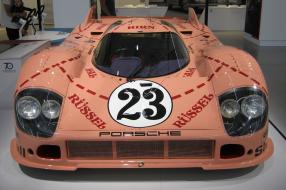 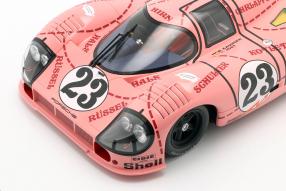 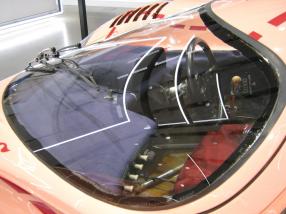 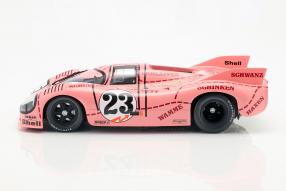 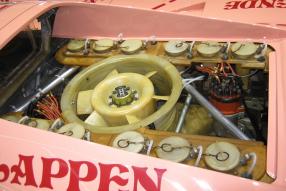 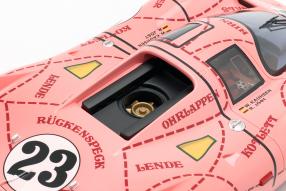 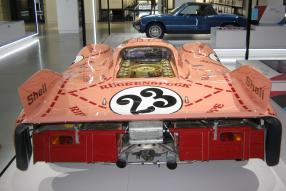 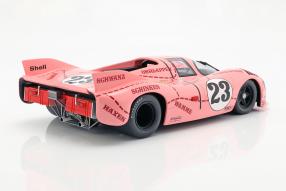 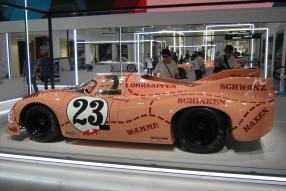 With the modelcars to the Porsche 917/20 from the year 1971, CMR reminds on an extraordanary vehicle, which has long taken one of the front places in the history of motorsport in Stuttgart. We look back at the 39th version of the 24 Hours of Le Mans and the car that started there with the number 23. In its cockpit: racing drivers Reinhold Joest and Willi Kauhsen. This car did not correspond to the other Porsche 917s, but went technically and optically in unusual ways. The previous year, 1970, the sports car manufacturer had achieved its first overall victory at Le Mans with this series; In 1971, in addition to the tried-and-tested vehicles, a modified version was used, for which CMR now released a model in the trendy large scale 1:12 under the item number CMR12010.

Click here to the so far available models from Minichamps