05.11.2019Lewis Hamilton reaches for the records of Schumacher

With a double victory, the Petronas Mercedes-Benz AMG F1 Team celebrates the sixth World Cup title of the English serial winner / Look at the models from Spark and Minichamps 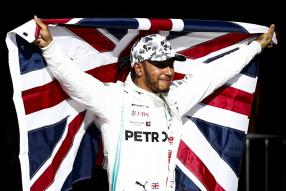 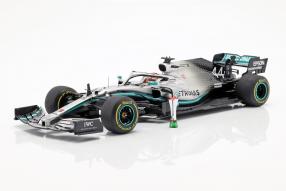 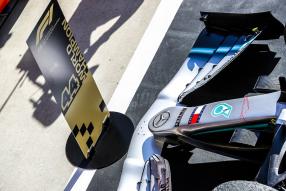 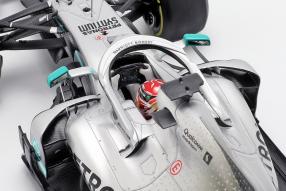 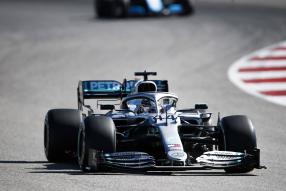 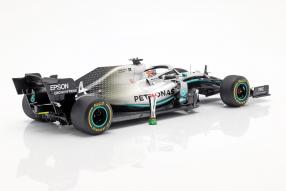 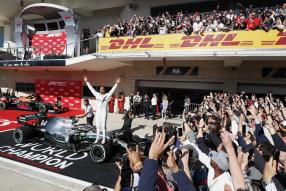 With the result of last sunday they wobble questionably, the records of Michael Schumacher: With his sixth victory in the Formula 1 driver-world cup, Lewis Hamilton is now sixfold champion and comes very close to the seven titles of his idol Michael Schumacher. Just one season - and it does not seem that the today 34 year old Englishman will give up his job - and Hamilton is about to move on with Schumacher; in two years he could have cought up the so far most successful driver of the Formula 1. It was the eighth podium of Lewis at the Grand Prix of the USA - he broke already Michael Schumacher's record for most podium finishes in this race. The result of last Sunday makes you want a look of the modelcars to this success and the comment of the old, new world champion.

The race at the Circuit of the Americas was not quite what Lewis Hamilton would have wished for: Until recently, he was struggling for a win on a fading tire, but he was beaten by his team-mate with fresh tires: Valtteri Bottas scored his seventh Grand Prix victory, his fourth this season and his first on the course in Austin, where the Finn also led the race for the 25th time. The final result does not change that: Lewis Hamilton leads the drivers' championship of the year 2019 with 381 points with 67 points lead unassailable in front of Valtteri Bottas with 314 points. The constructors title is also already taken: Mercedes-AMG Petronas Motorsport is with 695 points 216 points ahead of Ferrari with 479 points. However, Hamilton's father made it clear in the interview that the 2019 title would be more to Lewis than victory at COTA.

Let's hear what Lewis Hamilton felt after winning the title again while James Allison, Technical Director of the team, received the trophy for the winning constructor: "To be honest, my feelings are hard to describe right now. Cloud Seven does not even come close, it's much higher up. It was the hardest year I can remember. It was a real challenge with ups and downs. That's why the emotions just overwhelm me. I'm really proud and really grateful to everyone in the team; everyone in our factories as well as everyone in the entire Daimler family and at Petronas. Everyone worked very hard for us to achieve this result. It is a real privilege and an absolute honor to work for this team!"

But Hamilton also thought of the man who is so important to the team and unfortunately can not attend this success anymore: "I miss Niki very much. Today he would have pulled off his cap. I would never have done it without Niki. In the spirit he is certainly with us. Immediately after the race, I saw my parents and the grin on my dad's face just said it all. My family supported me from the beginning, they worked very hard for me to be here today. I'm glad they could all be there together. Yesterday was a difficult day and I just wanted to recover from it today and deliver a one-two for the team. Valtteri has done a fantastic job, congratulations also to him!" Already before the award ceremony Hamilton accepted the congratulations of the previously retired Sebastian Vettel.

Look at the modelcars to Lewis Hamilton

All in all, a big day for the Silver Arrows, which of course leads us to the modelcars: For the current Mercedes-AMG F1 W10 we already have the first miniatures in the portfolio. First and foremost are the models from Spark with the item number 18S450, which reproduce the title winner in the decoration of the China GP 2019 on a scale of 1:18 and come to the collector with driver figure and winner's trophy. Minichamps has released the scale 1:43 W10 EQ Power + (410190044), so that for those under all fans who want to have model ars for the current World Cup on the occasion of Lewis Hamilton's sixth world title will find what they are looking for. But even to the cars of the previous years, we still carry a few copies, based on the career of Hamilton in Formula 1 can be understood.