The readers of the specialist magazine Auto Bild Klassik voted the duck the winner in the small and compact branch. Premium X shows the matching modelcar 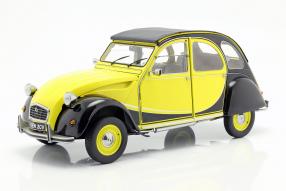 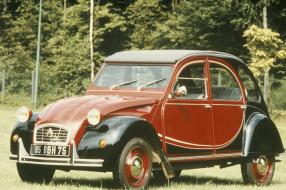 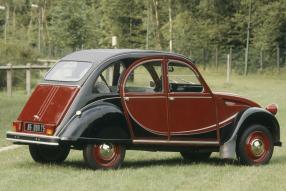 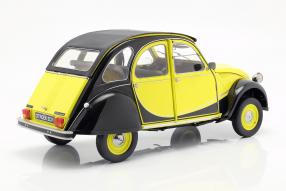 A really nice result: On October 29th, 2019, Auto Bild Klassik (German magazine) has honoured the most popular oldtimer with the Golden Classics 2019 in the Porsche Museum Stuttgart. The readers of the magazine have elected the Citroën 2CV as classic car of the year in the area small and compact car. For the ninth time, Auto Bild Klassik had called for this election and a total of 100 vehicles voted for readers in the Classics of the Year, Future Classics, Innovation of the Year, Find of the Year, Restoration of the Year and Person of the Year. Regardless, another version of the Citroën 2CV celebrated its debut in the shop on the same day that the fans of our blog already know: the Premium scale 1:18 sale 2CV Charleston, which shines with a multitude of outstanding details that we also find in wish smaller formats.

But first back to the class winner of the category small cars and compact: There the Citroën 2CV was able to prevail in the readers' election, which is a real classic one. At its world premiere in 1948 at the Paris Motorshow, the car astounded with its extraordinary design, its versatility, smart technologies as well as with an extreme exonomy. The duck, as the car was called very quickly, conquered the automobile market and became a symbol of liberty, or because it just did not get the most beautiful design. But that does not matter, because the vehicles are loved today more than ever: The amiability, which is theirs today, goes modern small cars - which are more like smartphones on wheels - today's predominantly from.

"In the Citroën anniversary year - the brand is celebrating its 100th anniversary in 2019 - we are particularly pleased about this award," says Grégory Fiorio, Marketing Director Citroën Germany. "Even 70 years after its launch, the fascination of the Citroën 2CV is interrupted. As no other model, it stands for freedom, French charm, non-conformism and adventure until today. The fact that the duck has long since become a cult object shows this reader's vote once more." As Monsieur Fiorio will surely have a heart for the modelcars in the format 1: 8, which Premium X delivers 1982 for a year in the color combination yellow and black. In a detail that stings from the chair: Look at the engine compartment, its wiring and aggregates. The openwork grille and the execution of the authentic window frames fascinate every fan.

The Charleston-Duck got its chrome-plated headlights in 1982, which Premium X replicates  exactly. The exhaust system is rebuilt in a way that can not be modeled on it. The upholstery of the seats is also retold correctly, but the working roller roof is the real hit of this diecast modelcar, whose appearance so perfectly meets the lines of the original that the collector can believe in getting into the model and driving away. The two-cylinder engine was then 21 kW / 29 hp. Hard to understand that this was enough for small car drivers. By the way, we want functioning sunroofs on all modelcars: It's a good thing that NZG picked up on this wish in the new Mercedes-Benz EQC in 1:18.

Here: Click to the modelcars of the 2CV Charleston

Click here to the miniatures of the Mercedes-Benz EQC 1:18