Autoart has delivered a modelcar to a 2018 car in scale 1:18 after a role model, which went to the start at a rather unknown racetrack in Germany 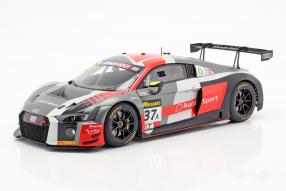 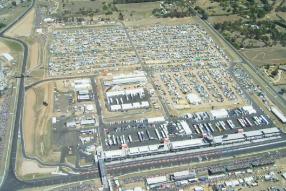 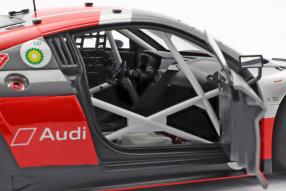 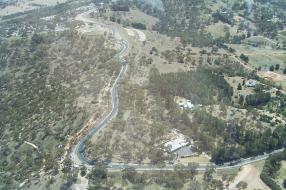 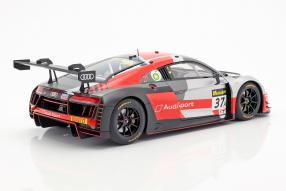 Motorsport is, as we all know, an international affair. German brands not only compete in Germany and Europe, but also take part in races overseas, such as our friends of the KÜS Team75 Bernhard on November 23rd, 2019, deny the 9 hours of Kyalami. Touring cars in Germany of driving teams start in Macau or even at the 12 hours of Bathurst. Bathurst? Obviously, motorsport enthusiasts know what kind of track it is, but for the modelcar fans who do not have the distribution of racetracks across the world in their heads, we want to summarize shortly what the Mount Panorama Circuit New South Wales in Australia has to tells. The reasons for this are the modelcars of the Audi R8 from Team Audi Sport Team WRT, which Autoart delivered last week in a scale of 1:18.

Mount Panorama Circuit - just the name is rare in the language of the fans. You speak of Bathurst then; So the city, which is located in the deep southwest of Australia and about 200 kilometers from Sydney. Bathurst is the oldest city in the inner circle of the continent and was founded in 1815. The settlement, which is inhabited by around 40,000 people, probably owes its fame to the Mount Panorama Circuit, built in the mid-1930s. As can be read in the history books, there are parallels to the Nürburgring, because the course in Bathurst emerged as the circuit around the Nürburg as a job creation measure. The route of the 6.213 kilometers long track includes roads that are open to public transport in everyday life. The course was opened in 1938, about eleven years after the example in the Eifel.

Since then, Bathurst has established itself as the center for touring car races in Australia, but the Mount Panorama Circuit has also seen motorcycle racing and formula cars. The International V8 Supercars Championship with the V8 Supercars is the most important racing series there; comparable to the DTM in Europe. The Liqui Moly 12h Bathurst 2018 was staged as the launch of the Intercontinental GT Challenge Series 2018 on February 4th. Robin Frijns, Stuart Leonard and Dries Vanthoor entered the race for the Audi Sport Team WRT under #37. The Belgian team benefited from the premature crash after an Audi collision with a Mercedes AMG ten minutes before the end of the race, after which the track was covered with debris. The Audi R8 LMS from Autoart - ownspelling AUTOart - with the item number 81800 of diecast and with openable doors in top quality reminiscent of this triumph.