With the two modelcars to the race cars of Lando Norris and Carlos Sainz jr., the fan community starts unusually early into the current season 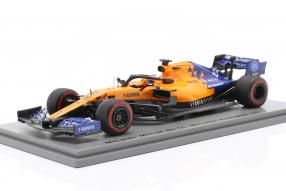 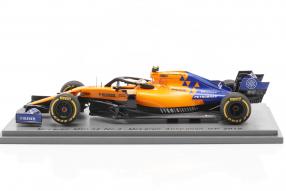 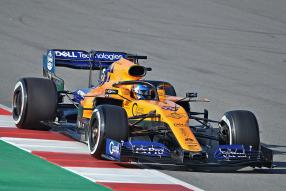 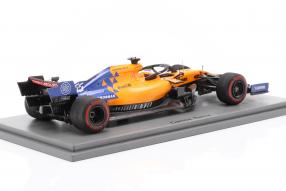 That the first modelcars to the current season of the Formula 1 are already available at the end of June is very rare, but Spark has done the trick and delivered the McLaren MCL34 of Lando Norris and Carlos Sainz jr. . The miniatures from Spark come as usual out of high quality resin plastic: The polyurethane casting resin, which makes the small series mostly economically viable, because he makes lower demands on the mold. Models of current racing cars do not seem to be in small batches, but of course the fact that making molds easier also means that time is saved. And with that, a company can introduce modelcars faster into the market. This benefit in this case, the supporters of McLaren F1 Team, which deviated two years ago from the known nomenclature for the first time.

So it came to the model name MCL, behind the current racing car, the 34 is written for the 34th Formula 1 racing car of the British. The MCL34, to which Spark presents the model presented here, corresponds in the broadest sense to its predecessor from the previous year, as major changes to the regulations have failed to materialize and continue to use the 1.6-liter V6 Turbo from Renault. The six-cylinder engine is powered by a 120 kW electric motor that turns the monoposto into a hybrid electric vehicle. The power is transmitted via a sequential, with shift paddles operated eight-speed gearbox. Spark has hit the look of the two-meter wide racing car, including the new Halo system, to protect the driver's head perfectly, and retraces the details of both the suspension and the large front spoiler.

Spark has knowledgeable accepted the radii and the diameter of the parts to the axes and the height and width of the rear diffuser; the antennas and carbon look are authentically reproduced. The replica of the halo system, which is prescribed since 2018, stands out in a black carbon look from the orange of the side case and motor fairing. The Spaniard Sainz and the Briton Norris start this year for the first time for McLaren and should see after the ninth race of the season in Spielberg still potential up: The team from the vehicles with the starting numbers 55 and 4 is currently with 52 points on the fourth rank of the constructors ; On the other hand, the Mercedes-AMG-F1 Team can boast 363 points, but the first place in the show as a scale 1:43 model clearly goes to McLaren.

Here: Click to the McLaren MCL34 of Carlos Sainz jr.