The trip to the Red Bull Ring in Austria was worth it: The team is happy with a third place on Saturday, but on Sunday they had no luck 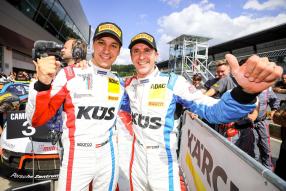 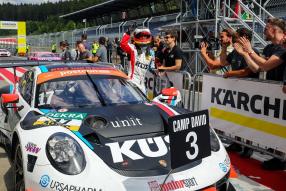 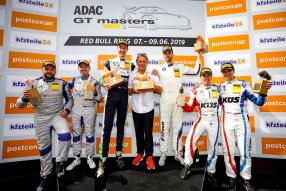 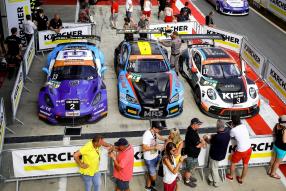 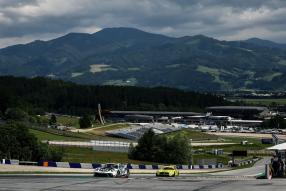 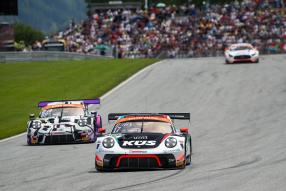 Great joy before Pentecost: The KÜS Team75 Bernhard has achieved the third place on the Saturday race at the Red Bull Ring in the austrian Spielberg. Our friends and partner - a patnership we are very proud of -  have parked the Porsche 911 GT3 R with start number 17 on the podium: First with Klaus Bachler (27) and in the second half of the race with Timo Bernhard (38) on the steering. On Sunday the team was again marked by the bad luck, nevertheless, they have shown an excellent performance. The fans must not forget one thing: There is barely no race series, where it is about tenth and hundredth seconds in the qualifying. Let's take a closer look, what happened on the weekend.

The Saturday brought a podium place

With position three in the Saturday race of the ADAC GT Masters on the Red Bull Ring in Austria, the previous bad luck for the KÜS Team75 Bernhard has at least partially come to an end. The two-time endurance world champion and Le-Mans-overall-winner Timo Bernhard and Ex-Porsche-Junior Klaus Bachler have fought on Saturday for the first podium of the season in perfect cooperation with the pit crew of the team from the Palatine Bruchmühlbach-Miesau. Klaus has put the Porsche 911 GT3 R with the start number 17 on 4th in the qualifying. At his home race in Styria, he was able to make up two positions with a lightning start and keep second place up to the mandatory pit stop. Timo took over, just had to bow to a competitor and came just two seconds behind the winner to the finish!

However, the sister car with start number 18 remained without luck. Adrien De Leener (29) from Belgium had to start from 24th place after a very close qualifying, but he had made up five places before the pit stop. Shortly after Porsche Young driver Matteo Cairoli (23) from Italy came on the wheel, he had to leave the car but with a defect on the front splitter after Adrien had damaged in a contact during an overtaking maneuver the car front. Timo Bernhard was nevertheless satisfied: "A great result, I'm right, really happy for the entire KÜS Team75 Bernhard, everyone worked so hard, we did not have an easy start to the season, but we never gave up and finally gave the right answer. The result is highly deserved and comes at the right time, so let's keep it up!"

Nicolai Sylvest (21) from Denmark and Jens Klingmann (28) from Trägerwilen won in their BMW M6 of Team MRS GT-Racing with just 0.289 seconds ahead of Corvette driver Sven Barth (38) from Eberbach and David Jahn (28 ) from Leipzig by RWT Racing. And how was it on Sunday, Pentecost Sunday? After the successful day before the KÜS Team75 Bernhard had to cope with a disappointment on the Sunday race at best weather and about 30 degrees, because both cars stayed without points. In the difficult and again very close qualifying in the league of super sports cars, in which the first 19 cars were within a single second - one has to first realize what that means - Timo had drove the 911 GT3 R with the number 17 on the 18th and Matteo Cairoli the sister car with the 18 on the 16th place.

In the turbulent start phase, in which amongst other things the safetycar came on the track, Timo could hold his position, Matteo on the other hand fell back on position 22. Until the obligatroy pit stop the No. 17 has fought its way up to the 16th place, the No. 18 was directly behind it. Klaus Bachler took over from Timo and continued the race to catch up. Good eight minutes before the end, he was already on tenth place, but then had to park his Porsche because of a puncture. In start number 18, Adrien with 12th place, had already championship points within reach, a drive penalty had put him then back again. Markus Pommer (28) from Neckarsulm and Marvin Kirchhöfer (25) from Lucerne made their third victory with their Corvette C7 GT3-R from Callaway Competition. Next race: August 9th to 11th, in Zandvoort!