From the production of the French label comes a variety of police cars in scale 1:43 from Europe, but also from overseas into the collector&#039;s showcases 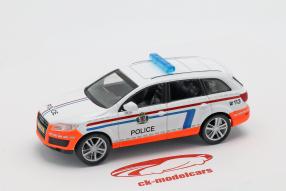 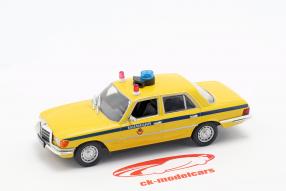 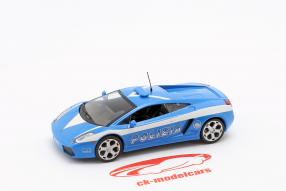 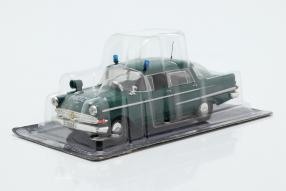 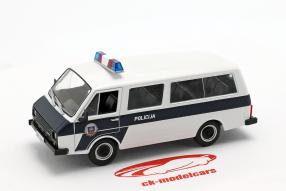 Nail polish, fountain pens, dolls and toys of all kinds - that's what describes the product spectrum of the toys manufacturer from France. Collectors of modelcars have known the brand for many years. And not only by name, but also that the diecast models in terms of finish, appearance and detailing are not so toy way, as the origin may suggest. In the last couple weeks, we have put a wide range of about 50 modelcars online, which match by the way to the European elections: Police cars in scale 1:43, of all countries in Europe, emulating earlier and current vehicles. Yes, basically it is an own collection, a completed theme or the perfect supplement for collectors, which prefer police cars. And: They are cheap as well!

No, we do not want to summarize all 50 miniatures at this point, but to point out a few highlights from this product range. There are, for example, the models based on roe models of patrol cars of the brand Audi, which are represented by the Audi A6 and the Q7, but do not wear the colors of the police of Bavaria. Friends of Italy should be enthusiastic for the models of the cars of the Carabinieri, such as the Lamborghini Gallardo Polizia, the Alfa Romeo Giulietta or the Fiat 238 minivan. In Japan, the police will patrol a Datsun Fairlady 240 Z. This proves that Altaya was not just about Europe. However, it gets more domestic again with the Opel Captain in the classic green; also like the other modelcars, delivered in the blister pack. By the way, it is worth taking a closer look!

The Captain is a model that reveals how carefully the miniatures have been made from chrome and transparent orange turn signals and chrome trim and carefully reproduced blue lights. This is not junkware! What also applies to the Warszawa 223, the Jaguar Mk II, the Toyota Luandcruiser FJ40 or the Ford Transit CRS Police National team car. As already hinted at the Datsun, Altaya has also focused its attention on other continents, so that fans of American police cars will find it: for example with the Chrysler De Soto Ontario Police, the Plymouth Savoy Oklahoma Highway Patrol, or the Ford Crown Victoria of the New York Police Department NYPD; well known from many TV series. Click on the following link and the Wepshop and take a look around.