Red Bull with Daniel Ricciardo, Ferrari with Sebastian Vettel and BRM with Graham Hill - the new model cars in scale 1:18 retell parts of the motorsport history 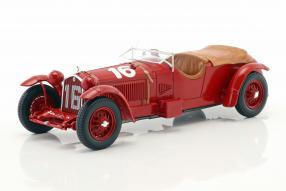 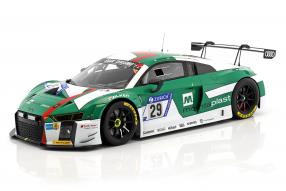 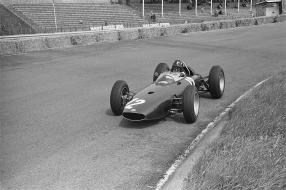 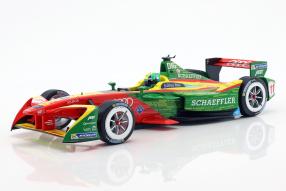 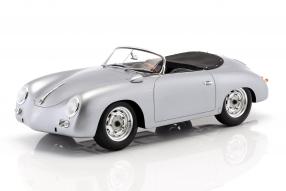 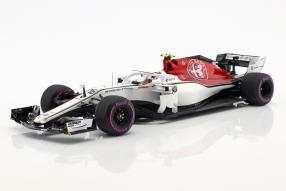 The team around company founder Hugo Ripert has once again made a successful search for examples of new model cars and has traveled way back in time for this. For the collectors, this is a great advantage: the history of motorsport opens up to the fans into the last detail. Photos, for example, from the 1930s are not nearly as rich in their information content, such as a slavishly reproduced miniature such as the Alfa Romeo 8C 2300 LM, by which, the English Francis Curzon and Tim Birkin won the 24 hours of Le Mans in 1931 for the team of Lord Howe. After 164 laps, they won, at an average speed of 125.735 km / h, as a car of 29 registered, 26 started and six rated vehicles. Names that hardly anyone knows today: history lessons à la Spark.

But the model car of the Alfa Romeo with the article number 18LM31 is not the only excursion into motorsport history, even a model for the BRM P57 - which was used by the team Owen Racing Organization of Sir Alfred Owen with Graham Hill in the pre version of Formula 1 - is under the number 18S225 part of the deliveries in the scale 1:18. The 1962 South African Grand Prix took place on December 29, 1962 at the Prince George Circuit in East London and was the last race of the 1962 World Cup. 17 cars were registered at the premiere of the royal class in motorsport in South Africa, the last race of the Year, where Hill celebrated a very successful end of the season with three victories: In 1962, BRM won with the new V8 that had petrol injection monoposto, both titles.

Touring car sport of course is also a big part of the motorsport history, which leads us back to the Sarthe. Spark has decided for the Iso Grifo A3C of Team Auguste Veuillet, with which Pierre Noblet and Edgar Berney took part in the 1964 Le Mans 24 Hours. The role model of the model car with the item number 18S292 was fired by a 5.4 liter Chevrolet V8 and finished in the P+5.0 class after 307 laps on the 14th place. The team finished with the seventh place in the same race with a Porsche 904/4 GTS in class GT 2.0; Two completely different cars in one team, which we can only find nowadays in the GT Masters or at the Nürburgring, but less often in the top events on the international stage.

Porsche racecars always have attracted international attention. Spark has in its recent deliveries the model cars of the Porsche 935 Moby Dick in the luggage, with it the driver duo Fitzpatrick / Hobbs took the fourth place in the 24 Hours of Le Mans in 1982 (18S286). The Porsche 961 took part in the race at the Sarthe five years later and relied on the drivers Metge, Haldi and Nierop (18S210). A true eye-catcher in the showcase is the model car of the garrish yellow Porsche 911 S of the Porsche Kremer Racing Team, with which John Fitzpatrick, Erwin Kremer and Juan Carlos Bolanos in the class GT 3.0 and the start number 80 made 39 laps at Le Mans in 1972. Not the hot item on the track, but certainly in the collector's display.

While we introduced you to the new features in the so-called Bburago size 1:18, Spark also brings back a lot of news in 1:43. The Asians impress with the record car Railton Special Land Speed ??Record 350.194 mph Bonneville 15th September 1938 by driver John Cobb in terms of finding gaps in the model car area (B1053). Such include the miniatures of the Opel GT Electro Record Car 1973 with the article number B1028 and the Bedford race transporter in the colors of the team Lotus, as he was in use at the Formula 1 from 1963 to 1967; Nicely fitting to the Schuco model of the racing transporter Mercedes Benz O 317 John Wyer team in Porsche Gulf paintwork. Does the collection area of ??the race transporter write about a seperate collector's story?

Here: All news from spark from last week