This weekend is the 66th Formula 1 season with the Italian Grand Prix in Monza in the twelfth round. Minichamps announces first models 2015 to your favorites. 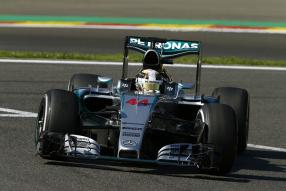 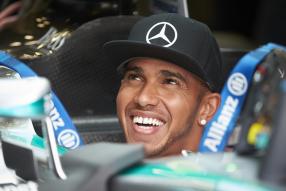 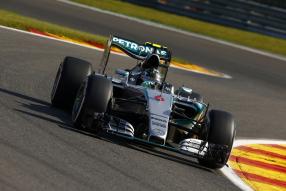 It just fits: In time for the upcoming race weekend  Minichamps announces the first models of the cars of the favorites . No fan will doubt that Lewis Hamilton and Nico Rosberg  are candiates to win in Italy. Whether once again the Brit, or the freshly baked father from Germany is going to be  at the top of the podium, the world will find out  on Sunday afternoon.

But before the race on  September 6th - RTL ( german TV station) is going to be live from 1 pm ,  race starts at 2 pm -  Lewis Hamilton and Nico Rosberg have  commented on the upcoming weekend. We have the information about the new model cars and the sound bites of the two drivers for you. That RTL  has saved the broadcasting rights for the years 2016 and 2017, you probably know already. Since 1991 we are in Cologne and celebrate our anniversary in 2015 : 25 years of F1 at RTL.


Minichamps has promised in its newsletters and press releases for the early availability of  the perhaps most important model cars of the current Formula 1 from the perspective of the Germans: The racing cars of Lewis Hamilton and Nico Rosberg are going to be - according to Minichamps - "soon available and strictly limited". The  World Champion of 2008 and 2014 leads the driver standings in Monza after 6 wins with 227 points, followed by Rosberg with 199 points.

What does Hamilton say before the Italian Grand Prix?


Let's start with the championship leader: "Spa was a really positive weekend for me. I felt well the whole time and it was great to finally achieve another victory in a F1 classic.  Again in  Monza a traditional track awaits us. The course is incredible - very quickly and the fans are among the most passionate out there of all in the world. I was there earlier this year with Sir Stirling Moss and drove through the steep curve in an old Mercedes W 196. That was absolutely fantastic. So I got an idea of ??what it was like at that time for these guys and what history that route has and why it became a legend. Even today it is still a major challenge. Quick, but at the same time technically very challenging with some hard braking points and high curbs that need to be knocked down on the racing line. At a race in Italy I have always good   memories, and I would like to add more this weekend . That is my goal."

Nico Rosberg before the Grand Prix of Monza

Nico Rosberg commented little happy on the last weekend of Spa, but was fundamentally optimistic. "I know that I can go  on the pole with this incredible car every time and win the race. Nothing less is my goal . Now off to  Monza and I can not wait to drive there with this year's silver Arrow. I am sure that the track should suit our car. The course brings me personally   a lot of fun. So there are all the ingredients for a strong weekend  . The Tifosi will certainly want to see a red car are at the top, but whatever it turns out, they will always provide an incredible atmosphere. It was a great experience to be on the podium last year. This time I want, however,I want to be a step higher"

We keep our fingers crossed that it works. You, dear readers, an exciting and enjoyable Formula 1 weekend.