Update: actor Richy Müller is a great fan of Porsche cars, use them in the Tatort, private and on the track. Spark presents new miniatures of 911 GT3 RSR 2017. 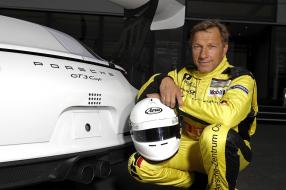 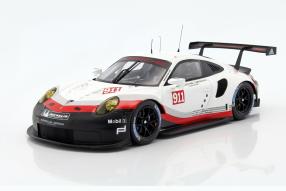 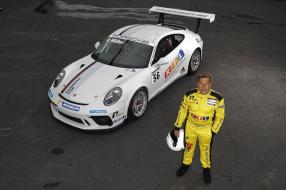 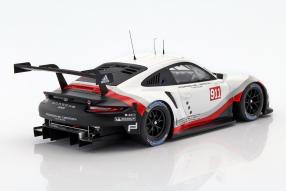 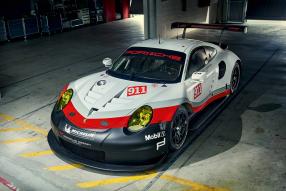 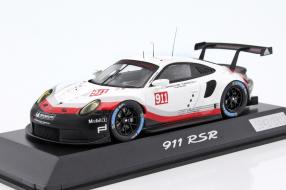 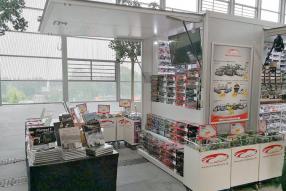 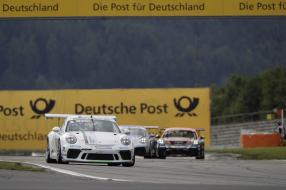 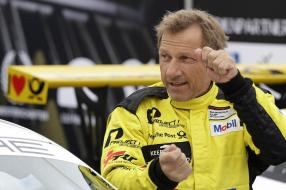 A lot is going on at the Nürburgring this weekend: the DTM will be there and start the last third of the season. The Audi Sport TT Cup, the Touring Car Classics, the FIA ??Formula 3 European Championship and the Porsche Carrera Cup Germany also offer a guest game on the legendary race track, which is celebrating its 90th birthday this year. We have two messages to match the Carrera Cup: Spark has launched a model car for the current Porsche 911 GT3 RSR in 1:43 and 1:18 scale, limited to 2,177 units. A second report concerns the Porsche Carrera Cup, in which, during the run at the Nürburgring, Richy Müller reaches for into the steering wheel. Many of you know him from the TV series "Tatort". There, he is represented by Sebastian Koll, as well as his colleague Felix Klare, the principal commissioner, Thorsten Lannert.

Before we go into Richy Müller's appearance in the Porsche Carrera Cup, just a bit more about the models: The Miniatures are made of Resine plastic and are under the item numbers WAP0201580H and WAP0211580H, in an advertising package,availible. The Model cars are designated as Promotion models and follow the state of the vehicle, as it was presented at the end of last year for this season. Spark delivered the cars in time to the motorsport weekend at the Nürburgring to the fans and who is following our Twitter channel, will have noticed this yesterday. We are including Sunday, by the way, with our booth in Ringboulevard, directly at the big video screen and look forward to your visit.

Richy Müller since 1979 in front of the camera

Let us now come to Richy Müller, who was born in Mannheim in 1955 and has been appearing in the crime scene produced by SWR since 2008. He made his breakthrough in 1979 with the miniserie "Die große Flatter" and since then he has been playing in a total of 101 productions, according to the film database imdb.com. His passion is not only the spectacle but the racing sport, as he has revealed in the interview with Porsche: Müller takes part as a prominent guest starter at the Porsche Carrera Cup Germany at the Nürburgring. Only a few hours after the race, the spectators can see Müller on Sunday evening at work in the latest issue of the "Tatort": "Jam", so the title of the episode, which is broadcast at 20:15 hrs at the ARD / Das Erste and tells how Lannert and Bootz are investigating a murder case in a traffic jam.

But is the act of acting what he wanted? "I would rather have been a racing driver, I can definitely say that I am a family-run motor sport than in a film company," says the 61-year-old, who looks a little nervously at the Carrera Cup. The Porsche Carrera Cup Germany is the place to be, when I'm on the racetrack, I want to be the best And I have the right to compete here. " But why exactly the Porsche brand cup with the Porsche 911 GT3 Cup? "The Porsche Carrera Cup offers an enormous amount of fun," says Müller.

Requirements for a VIP driver

In the "Tatort" he also drives Porsche: the brown-painted 911 Targa from 1975 is legendary on the television screens. And what fascinates him at the race? "During a race, an incredible amount of energy flows in. It all goes like a clockwork: over and above the start and finish line, the precision, the accuracy and the constancy in the race bring you into an almost meditative state the race course, you get into a kind of flow. If the race is good, it is an absolute feeling. " But what requirements do you have to bring as a VIP driver? Müller: "The secret is to listen to the engineers very closely and to get something to say. If you can not, you are out of place."

He himself, says Müller, has noticed in the last few years how he got faster: "This is also the reason why I can go again this year for the team Project 1. My dream would be to have a complete season in the Porsche Carrera Cup Germany If I had the time, I would do it right away. " His first race was the actor in the Porsche Supercup in Formula One in 1997. "At the time, Timo Bernhard, who won the legendary 24-hour race in Le Mans this year, was still a Porsche junior driver, which was my first contact with Porsche Motorsport, I really licked blood already in 1989, when I started with motorcycle races. That I have gaven up due to the great risk of injury after two years. "

rather racing driver or actor?

If he could have turned back the time, he would have been a racing driver rather than an actor, but there was no way for him at that time. In the end, Müller reveals what makes the new "crime scene" sequence so interesting: "It is a real-time crime scene, it plays over a period of two hours and the crime scene itself takes 90 minutes The settlement and the only way out of this settlement ends in the traffic jam.Together with my colleague, we are looking in this traffic jam for the perpetrator, who has to sit in one of the cars, but there is very little time to find out if someone with the misfortune because the traffic jam is solved again and again, and we have to do with the most diverse characters, which must be judged correctly in the short time. " By the way, Müller is driving a white Porsche 911/991 GTS with racing seat.

Update: For Richy Müller and the "Tatort"

As in the case of the DTM, the races of the Porsche Carrera Cup are also divided, races are scheduled on Saturday and Sunday. Richy Müller finished the race on Saturday in eighth place in the amateur standings. The Commissioner of the Crime Scene drove a 911 for the team Deutsche Post by Project 1. "This was my first racetrack and therefore a completely new experience for me, my start was not so good, but after that I got better and better The Porsche 911 GT3 Cup was a lot of fun, "Müller said. On Sunday, he also confirmed this and finished in the same position:" My team supported me with high professionalism, but I am very grateful, "said the actor, whose performance on the Sunday, had a total of 9.32 million viewers.

DTM Nürburgring, ck-modelcars is on the spot, in the Ringboulevard. We look forward to your visit!